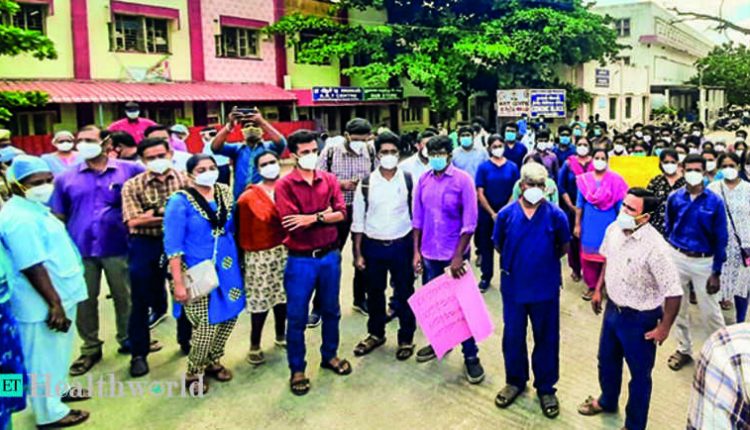 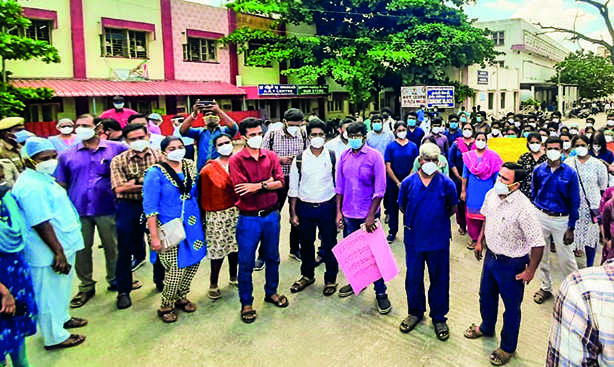 Chennai: Eleven Covid-19 patients died gasping for breath after midnight on Wednesday at the Chengalpet government medical college hospital as pressure in the oxygen lines dropped suddenly, possibly because of a faulty valve.

On Tuesday afternoon, pressure had dropped in a similar fashion leaving two patients dead. Pressure had been restored immediately and normal supply resumed. But around midnight, pressure dropped again drastically and within two hours 11 people had died.

A 34-year-old patient in the ICU said he watched helplessly as a woman two beds away struggled for breath and passed away. “The fear that you could be the next is the worst thing that can happen to anyone,” he said. Hospital authorities said they had replaced a coil near the main valve of the oxygen pipelines last week and consumption had nearly doubled since, even when there was no increase in the number of patients.

Witnesses said doctors and nurses rushed around trying to save children and adults using hand-held devices and portable oxygen cylinders.

The hospital had 447 patients on Tuesday and almost 70% (309) among them required oxygen support, according to official data. Chengalpet district collector A John Louis said oxygen consumption almost doubled on Tuesday compared to the usual levels and continuous efforts were taken to ensure that supply was not interrupted. He has ordered an investigation.

Meanwhile, duty doctors at the hospital staged a protest within the premises on Wednesday morning. “Relatives of people who choked to death were furious with us and no one came to our aid between midnight and 2am,” said one of them.

Protesting doctors said they were shortstaffed and overburdened. The hospital has Covid patients on eight different floors in three buildings. Each floor is managed by one doctor and a maximum of two nurses.

“So it becomes difficult to handle the situation even when two patients need immediate medical attention,” a duty doctor told TOI, requesting anonymity.