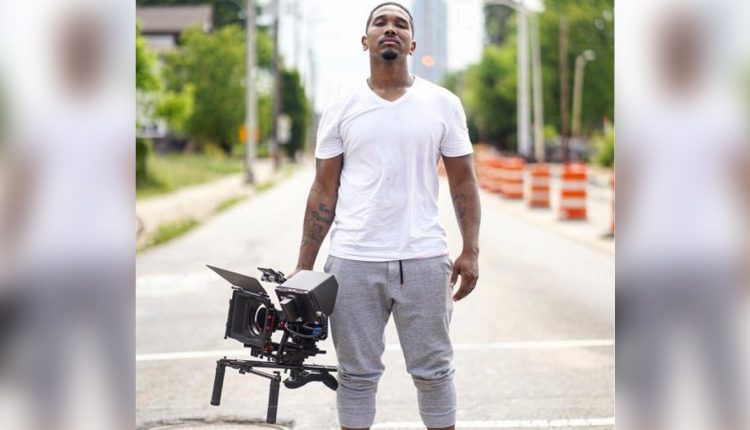 In this interview, Ray Knowledge shares the most valuable lessons he learned on his wild ride as an independent filmmaker navigating business success over the past years.

Today we had the opportunity to sit down with the CEO of VISIONFUL PRODUCTIONS, Ray Knowledge. Ray has been providing media services for several artists across the U.S. and internationally— providing them with a platform devoted to bringing their vision to life. Ray’s passion is evident; it is at the forefront of his brand expansion this year.

WHERE ARE YOU ORIGINALLY FROM?

I’m originally from a small town in Louisiana called Pineville. It is right outside of Alexandria, La.

WHEN DID THE IDEA TO BIRTH VISIONFUL PRODUCTIONS START?

I was attending Full Sail University pursuing an education in the Audio Production degree program when I first got a taste of the film. I was involved in a class where we had to create sound design for a short film.  A professional movie editing software was provided to us to complete the work. Once the class was over, I continued to play with the editing software by shooting my music videos with my phone until I got hooked. Three months later, I purchased my first camera. 2 years later, I quit my job to pursue film full time.

WHAT WAS YOUR FAVOURITE COLLABORATIVE PROJECT OR PRODUCTION THAT YOU HAVE CREATED TO DATE?

Our independent short film “602” that we recently filmed. We get to tell our own stories, and it is the best group of talent that I have personally had an opportunity to work with. The message and story in the film is relevant to many.

WHO DO YOU ASPIRE TO AS A CREATIVE?

I try not to get too focused on one person’s career because I don’t want to become a clone of that individual. I try my best to create from what’s already inside of me. That being said, I have gained knowledge from many directors and directors of photography from watching their work collectively, they all inspire me.

ROUGHLY OUTLINE YOUR CREATIVE PROCESS – FROM THE BEGINNING OF AN IDEA FOR A PROJECT OR A COLLABORATION TO THE POINT OF COMPLETION?

We draft up several synopses’ until we come up with something that we want to create into a film. Then the scriptwriting begins. This is probably the most painstaking because ideas constantly change as we write.  Furthermore, we begin to create a shot list to determine what type of angles, focal lengths, and movements will best help tell the story. Then we find the right cast and crew for the project. As cumbersome and tedious as these things can be, I wouldn’t change it for the world. Telling your story to an audience that changes them is where the real magic happens.

HOW IS THE REALITY OF FILM MAKING INDEPENDENTLY COMPARED TO YOUR EXPECTATIONS OF IT?

Man! It is a lot of hard work! It’s all worth it at the end when you see that finished product. It’s like playing an entire season of basketball and fighting through the playoffs and then finally arriving at the championship game.

WHAT ARE SOME OF THE BIGGEST CHALLENGES AND DIFFICULTIES YOU FACE WHEN WORKING WITH CLIENTS AND STARTING NEW PROJECTS?

One of my biggest challenges is just finding enough time to do everything. When you are an independent filmmaker, there are many times I find myself wearing many hats to get certain things complete, especially when working with a tighter budget.

WHAT DO YOU DO TO STAY CALM WHEN A PROJECT IS NOT GOING AS PLANNED?

I put my trust in God to work it out. Honestly, I haven’t been on a set yet where we haven’t run into some type of issue. There are so many different moving parts and people; something is bound to not go according to plan. We are used to it now, and I have a great team that aids me in figuring things out.

DO YOU HAVE ANY INSIGHTS, TIPS OR ADVICE FOR SOMEONE STARTING LOOKING TO START AS A DIRECTOR AND LOOKING TO GET INTO THE FILM INDUSTRY?

Stay consistent with your work ethic, your study, and your vision.  There will be long days and late nights and moments of doubt. Don’t give up, you will begin to reap the harvest of the seeds you have sown into your vision.   Focus on telling a great story, and as you continue to grow, you will find yourself in more positions to obtain some of the things you don’t have.

WHAT ARE YOU MOST PROUD OF IN YOUR CAREER SO FAR?

Honestly, I’m proud of it all. I had no idea that I would be remotely close to a career like this growing up.  This career has been so rewarding, and I can’t see myself doing anything else.

WHAT MAKES A GOOD LEADER FOR YOUR TEAM?