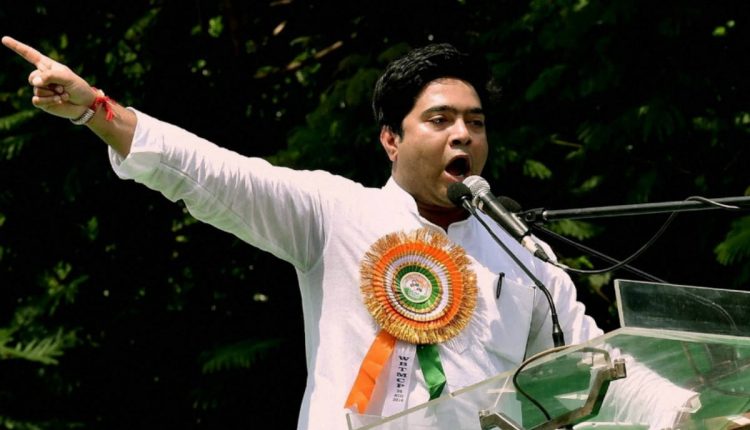 67.27 Per Cent Voter Turnout Recorded Till 3 Pm in 34 Assembly Seats in West Bengal for the seventh phase. Over 86 lakh voters will vote to decide the fate of 284 candidates across 34 assembly constituencies, including Chief Minister Mamata Banerjee’s home turf Bhabanipur.

Voting will be held at 12,068 polling stations spread over nine assembly constituencies each in Murshidabad and Paschim Bardhaman districts, six each in Dakshin Dinajpur and Malda and four in Kolkata, the official said.

TMC MP Abhishek Banerjee, after casting his vote in Kolkata, predicted a 2/3rd majority for the Mamata Banerjee government.

CM Mamata Banerjee will address a press conference at 2 pm. There were minor reports of scuffle from across the state. In Paschim Bardhaman, TMC worker accused the CRPF personnel of beating party workers in front of the booth. CRPFs were not allowing TMC Booth agent in the booth, party workers alleged.

Scoop Buddy reported that a BJP polling agent Sankar Sakar alleges he was forcefully pushed out of booth no.91 by TMC members and made to leave the spot in Bakhra village of Ratua, Malda. A TMC member says, “He is not a voter here so we asked him to leave respectfully. Nobody threatened him.”

Security measures have been heightened in view of the violence in the previous phases, particularly the death of five people in Cooch Behar in the fourth round of polling on April 10, an Election Commission official said. The poll panel has decided to deploy at least 796 companies of central forces in the seventh phase to ensure free and fair voting, he said.

All eyes will be on the Bhabanipur constituency, of which the TMC supremo is the sitting MLA and a resident. Banerjee, however, has opted for Nandigram to contest the elections this time and reposed faith in veteran politician and state power minister Sobhandeb Chattopadhyay to make a hat-trick of wins for the party from Bhabanipur.

Chattopadhyay is pitted against a seasoned actor but a greenhorn in electoral politics, Rudranil Ghosh, who left the ruling party a few months ago to join the BJP. State minister Firhad Hakim is also seeking re- election for a third consecutive term from the Kolkata Port constituency, while the BJP fielded Lt General (Retired) Subrata Saha from the Rashbehari seat in the metropolis.

Campaigning for the seventh phase has been a low-key affair, following curbs imposed by the EC in the wake of the second wave of COVID-19 cases in the state. Following the surge in coronavirus cases across the country, the EC has banned roadshows and vehicle rallies in the state and noted that the COVID safety norms were being flouted in West Bengal during campaigning.

It also disallowed any public meeting with more than 500 people. The Election Commission has curtailed daily campaign hours and extended the “silence period” from 48 hours to 72 in each of the remaining three phases of the assembly polls in view of the Cooch Behar violence and the rising COVID-19 cases.

Polling for two assembly seats in Samserganj and Jangipur in Murshidabad district has been declared void following the deaths of two candidates there.

The Election Commission has fixed May 16 for the polling in these two seats.