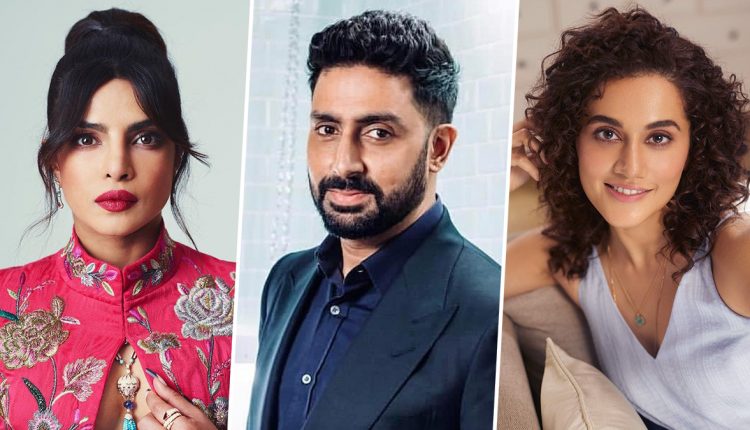 Bollywood actors often become the soft target of trolls. Be it their online opinions, simple messages or promotion of films, we often see Netizens slam actors and troll them majorly. While many actors never respond to such things on social media, there are a few stars who always give it back to such trolls. In the past actors like Abhishek Bachchan, Priyanka Chopra and more have given savage replies to trolls and won several hearts. Kartik Aaryan Trolled For Using a Basic Caption, Ananya Panday Not Spared Either.

Recently, when Priyanka Chopra was trolled for by an Australian journalist saying that she did not deserve to announce the Oscars nominations, she gave it back to him in the most classy manner. She attached a list of her films and asked him why he thinks she is not deserving of announcing the nominations. She shut the troll in the most quirky manner, and was applauded by her fans for doing so. This is not the first time she has, however, shut the trolls with an amazing comeback.

Interestingly Priyanka is not the only actress who has given it back to such trolls. Check Out our list of four other actors who have replied to trolls in a savage manner.

Dia Mirza is also often dragged into controversies and is trolled for different reasons. Recently someone trolled the actress for her pregnancy announcement, and Dia replied to her with a very subtly but savage reply. Her answer to the troll went viral on social media.

Another savage actress that we know never lets troll get the best of her is Taapsee Pannu. She is the best when it comes to replying to trolls. Pannu is often also targetted by Kangana Ranaut, and the Thappad actress never misses a change to give it back to her as well. Priyanka Chopra Trolled Mercilessly For ‘Not Wearing a Bra’ and Her ‘Traditional’ Belief in Taking Nick Jonas’ Name on Jimmy Fallon’s Show.

If there is anyone who gets trolled the maximum, then it has to be Swara Bahsker. She gets trolled for the movies she does, for the opinions she puts put on social media and what not. Swara always turns these ill comments and hate into a joke and makes fun of it, which we think is the best way to deal with trolls.

We totally appreciate how these actors respond to trolls and not let it affect them. Actors in the past have talked about getting affected by trolls and how they have suffered mentally because of the same, so it quite understandable why they decide to give it back to such people on the web.

(The above story first appeared on Scoop Buddy on Apr 29, 2021 08:03 PM IST. For more news and updates on politics, world, sports, entertainment and lifestyle, log on to our website scoopbuddy.com).