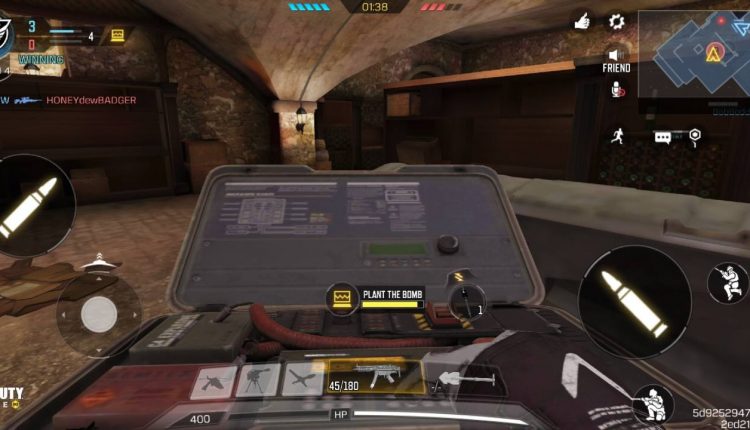 Ace the Search and Destroy mode in Call of Duty: Mobile with these handy tips

Call of Duty: Mobile isn’t lacking when it comes to different game modes. Besides standard deathmatch modes, the game also offers a host of other game modes designed to keep things fresh and interesting. These modes challenge players to think beyond simply running and gunning. One of the trickiest to master is Search and Destroy.

Counter-Strike veterans will be quite familiar with Search and Destroy as the mode is lifted straight out of the game. It sees up to 10 players divided into teams of attackers and defenders. Attackers are given a bomb that they need to plant and subsequently destroy at one of two sites. The defenders need to defend both sides till the clock runs out. The teams can also win by eliminating all of the opposing players as there is no respawn till the round ends. After three rounds, the roles will reverse.

As you can see, Search and Destroy is quite different from other modes. Here are five tips that you can use to achieve victory.

The lack of a respawn system means that staying alive is more important than ever. Sticking together, especially as attackers’ is vital for victory. Defenders should also try and break off into teams so that they have one teammate covering them or vice versa. Attacks should also cover the bomb carrier as much as possible.

It’s easy to lose yourself and try to play this mode as you would in a team deathmatch or frontline. However, that’s just asking for trouble. Playing the objective means that more often than not, your opponent will come to you. This means securing bomb sites, planting the bomb, defending dropped bombs and so forth.

Keep an eye on where your team is dying

Defenders can be on the back foot as they will most likely have to split up to cover the sites. However, they can use the game’s own mechanics to their advantage. The game marks the location where a teammate dies. This can give you a rough idea of where the enemy team is and give you the option to sneak up behind them or flank them.

The bomb is the most important prop in search and destroy. If the defenders manage to kill the bomb carrier, they can camp around the bomb and wait for the remaining attackers to come to them. On the flipside, attackers can designate one player as the bomb carrier and the other players can move to protect that player. But whatever happens, attackers should never let a bot pick up the bomb.

Another thing to keep in mind is that Scorestreaks are pretty much non-existent in the same way as the Scorestreaks are refreshed with each round. So if you’re good, you might just unlock a low-level scorestreak during a round, but it will only be available for that round only. Operator Skills are also disabled in this game mode. So you can only rely on your weapon and skills to win.

You can also check out our loadout suggestions for Hardpoint and Headquarters modes here.