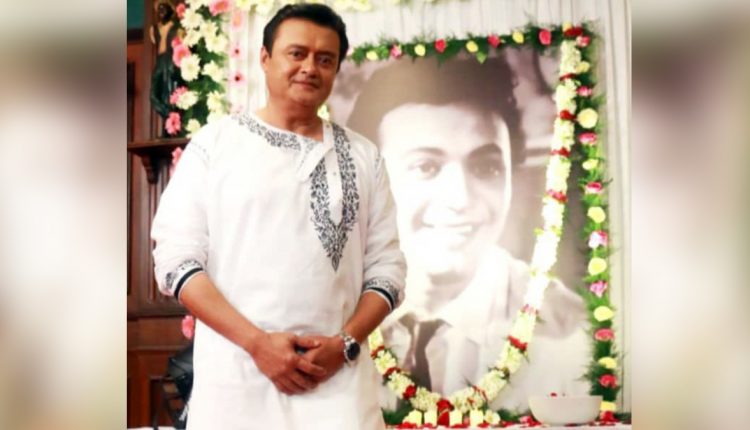 Achena Uttam: Saswata Chatterjee Opens Up About Playing the Role of Legendary Uttam Kumar, Says ‘It Is an Extremely Challenging Task’

Popular Bengali actor Saswata Chatterjee got goosebumps while enacting a scene in an upcoming film where he portrays matinee idol Uttam Kumar holding a trophy at a prestigious film awards ceremony. Chatterjee is playing the lead role in Achena Uttam directed by Atanu Basu. Uttam Kumar, who dominated the Bengali film industry for over two decades before his untimely death in 1980, was the first recipient of the National Film Award for Best Actor in 1967 for his performance in Chiriakhana, directed by Satyajit Ray, and Antony Firingi. Sushant Singh Rajput’s Dil Bechara Co-Star Saswata Chatterjee Pens an Emotional Note for the Late Actor.

Speaking on his role, he said “Portraying Uttam Kumar is an extremely challenging task as no amount of preparation is enough to depict him on the big screen and none can replace him as an actor. “I am trying to capture the right attitude, and the right mood,” he said. Talking to PTI, Chatterjee, who played the character of Bob Biswas in Kahaani and Tutti Futti in Jagga Jasoos, said, he has enacted quite a few scenes of Achena Uttam and completed the first leg of outdoor shoot in Tungling (Darjeeling). Abhishek Bachchan as Bob Biswas: Twitterati Upset for Not Casting Saswata Chatterjee in Kahaani Spin-Off.

“Now the indoor scenes, including the hospital scene, and recreating the cinestar’s Bhabanipur home in south Kolkata are being done,” Chatterjee, having done a string of popular Bengali cinemas like Bhooter Bhabishyat, Aschorjo Prodip and Ebar Shabor said. Asked how shootings are taking place in the pandemic situation, he said, “We are at high risk. Actors cannot wear masks while filming. But we are maintaining all protocols like sanitising the sets, wearing masks by the entire unit and keeping the doors/windows open.”

When shooting began for the film in March this year after Mahurat the second wave of COVID-19 had not arrived, and it went on smoothly for sometime before the virus took a deadly form, the actor said. Asked about the closure of almost all single screens again due to the COVID-19 spike as “very sad”, the 50-year-old who acted in over 80 films so far, said he has no idea when Achena Uttam can be released after completion of shooting. “We have to watch how the pandemic situation evolves in the next few months,” Chatterjee said.

Asked about the title Achena Uttam, he said, “There are facts/incidents in the movie which are unknown to people. I will not talk much about it and prefer to leave it for the audience to view it on the silver screen. “I have learnt about many new facts about Uttam Kumar, whom I used to address as Buro Jethu as my father (actor Suvendu Chatterjee) and the matinee idol shared great personal chemistry,” the actor explained. The style, mannerisms, smile, and looks of the superstar who was a quintessential Bengali, are still emulated by actors, Chatterjee said. About his preparations, he said, “I am again watching one of his classics Dui Prithibi which I had seen 5-6 times. Still it seems to be new. Every time I view it, I learn something new, and rediscover new things.”

Dui Prithibi, a 1980 film, had veteran Uttam Kumar, Victor Banerjee, Ranjit Mallick, Supriya Devi among others in cast. About his co-actor, Chatterjee said, while Srabanti Chatterjee essays the role of Uttam Kumar’s wife Gouri Devi and the role has suited her perfectly, newcomer Sayantani Ray Choudhuri enacts the role of Supriya Devi. Versatile character actor Biswanath Basu plays the role of Uttam Kumar’s brother Tarun Kumar “and we are using original props in the movie,” he said. On his Bollywood projects, the actor revealed, “We have wrapped up the shoot for Bad Boy by Rajkumar Santoshi which has Mithun das younger son (Namashi Chakraborty) as the hero. It will be released in theatres once the COVID-19 situation improves.

“I am also in Anurag Kashyaps (Dobaara) and another is Raisi for which shoot remains to be completed,” he said. On several of his colleagues contesting as candidates in the ongoing West Bengal assembly elections, he said, “This is not a new trend, we have seen this in south India. However, managing the two things simultaneously is not easy, Chatterjee said. “I feel you can give 100 per cent to one task and not to two things at the same time,” the actor said.