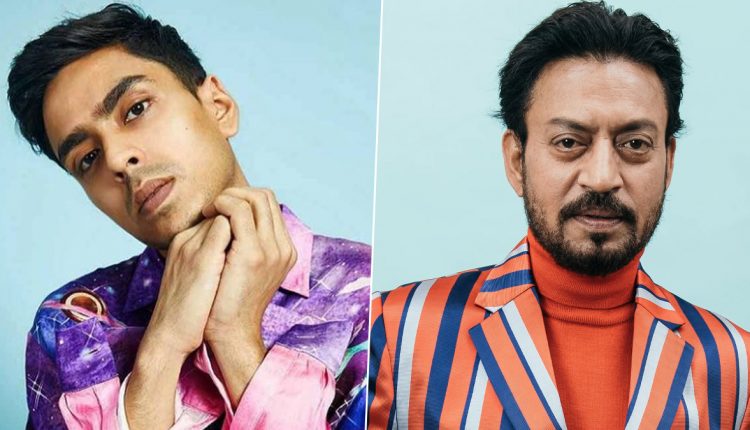 Adarsh Gourav Reacts on Being Compared to Late Legend Irrfan Khan, Says ‘I Don’t Think That His Legacy Can Ever Be Replaced’

Actor Adarsh Gourav, who earned the global spotlight with his performance of Balram Halwai in The White Tiger, downplays all comparison certain sections of fans and the media have drawn between him and the late Irrfan Khan, who made a mark in Hollywood with a series of good roles. Adarsh says the legacy of Irrfan can never be replaced. Adarsh Gourav: Being a Singer Helps Me Deliver Dialogues With Right Rhythm.

Irrfan had garnered global recognition with his performance in Mira Nair’s “The Namesake”, adapted from the novel of the same name by Jhumpa Lahiri. Adarsh shot to fame starring in “The White Tiger”, adapted from Aravind Adiga’s Man Booker Prize-winning novel of the same name. From Adarsh Gourav’s The White Tiger to Monica Dogra’s The Married Woman, Recent OTT Shows and Movies Adapted From Book.

“Comparisons of me with Irrfan sir is a huge deal, but I don’t think that his legacy can ever be replaced. Not by me, not by anyone. That’s just how it is. Period,” said Adarsh, while opening up on the subject. The White Tiger was nominated in the 93rd Academy Awards in the Best Adapted Screenplay category but lost to “The Father”.

(The above story first appeared on Scoop Buddy on Apr 27, 2021 10:41 AM IST. For more news and updates on politics, world, sports, entertainment and lifestyle, log on to our website scoopbuddy.com).

COVID-19 Second Wave- High Viral Load: Does It Lead to Severe Symptoms? Everything You Need to Know About the Phenomenon Related to Coronavirus