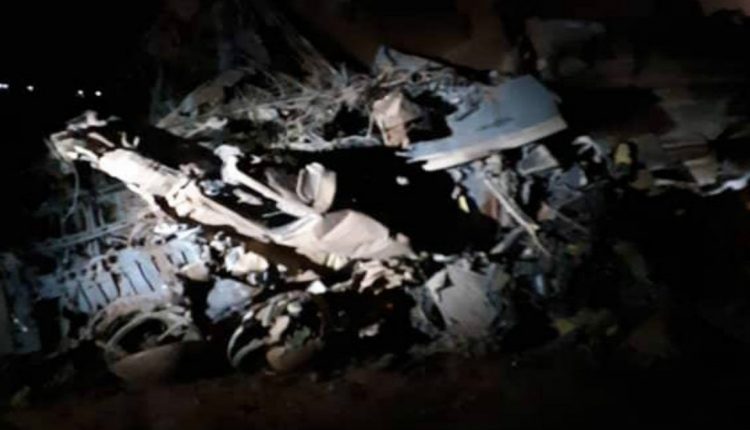 Air Force of Zimbabwe Helicopter Crashed into a House in Arcturus, 4 Dead, 2 Injured

Harare, April 24: Four people were killed after an Air Force of Zimbabwe (AFZ) helicopter crashed into a house in Arcturus, 32 km east of the capital Harare.

The four victims were two pilots and a technician onboard as well as a child on the ground, the AFZ said in a statement on Friday.

Another young girl and her mother sustained burn injuries and were taken to hospital, the Xinhua news agency reported on Saturday.

The AFZ said that the Agusta Bell 412 helicopter left Manyame Air Force base with two pilots and one aircraft technician on a training mission.

When contact with the aircraft could not be established, the base activated search and rescue operation and found the aircraft wreckage in Arcturus.

“We are deeply saddened by the loss of lives after the unfortunate accident. Our hearts and prayers are with the families of the deceased and those injured after the accident,” said Air Marshal Elson Moyo, commander of the AFZ.

Investigations will be launched to determine the cause of the accident, Moyo said.

(The above story first appeared on Scoop Buddy on Apr 24, 2021 11:32 AM IST. For more news and updates on politics, world, sports, entertainment and lifestyle, log on to our website scoopbuddy.com).