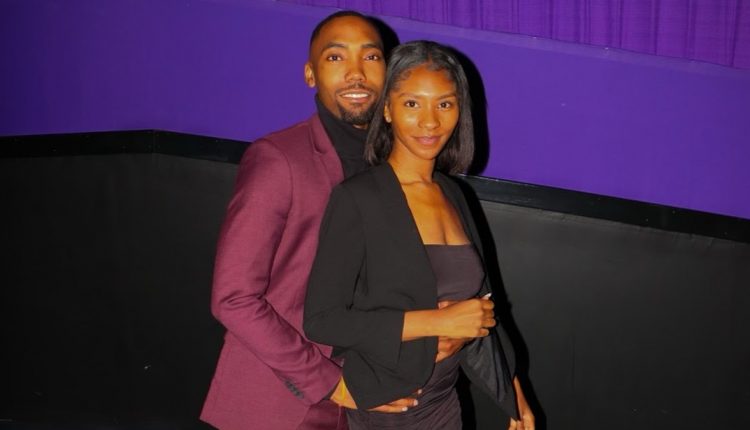 ‘Be the change you wish to see in the world’. Alfredo Gonzalez and Sade Hall, a young couple with big businesses and even bigger ideas, embody this phrase as they lead by example to create a new lens through which we look at family, finances, and freedom. Financial independence is a coveted achievement but Alfredo and Sade look beyond the monetary value. It was the freedom of time to spend on what matters and the ability to forge a new path to reshape the ideals of success for the aspiring entrepreneurs of tomorrow, that motivated them to become their own bosses and share their story of ingenuity in entrepreneurship with the world.

After having their son, Sade and Alfredo knew that to achieve the lifestyle they desired – equipped with a surplus of time to spend with their newborn – they needed to take the leap of faith into entrepreneurship. With tremendous results generated through their business ventures, Sade and Alfredo are exemplary role models paving the way for the younger generation. When discussing how they are painting the picture of family, time freedom and financial independence with a new brush, Alfredo says:

“We want to create a new outlook on how families interact in terms of connecting and having time with each other, and living a life that encompasses what’s important to them. We’re reshaping their day to day lifestyle. Our goal is to create a brand new vision of what occupations, bosses, and families look like.”

To date Sade and Alfredo have created businesses of their own called ‘Platinum Investments’ and ‘FREELIFE’, respectively. Although they run their businesses individually, together they are building an empire with a common goal of more than just making an income. Sade and Alfredo help people all over the world broaden their horizons and take control of the 24 hours in their day. When discussing the empowerment that comes with financial independence attained through their businesses, Sade says:

“The concept of our business is to teach people a skill that can pay them for the rest of their lives. We’re helping individuals think outside the box with the courage not to conform to what the average Joe says, working a 9-5. Unfortunately where we live, the less money you have the less say you have, and we want to give people the chance to get back control over their own fate. We’ve found a system to make generating capital simple and fast, allowing you to place more focus on the person that you want to be.”

Coming from a background in marketing with experience in monetizing their creative and communicative talents, Alfredo and Sade knew they could capitalize on these skill sets to build a business based around creating leaders. Despite their professional backgrounds, an important piece Alfredo and Sade want to highlight is that anyone from any background can succeed in their business – the only prerequisites are a desire for personal development and a willingness to step outside of your comfort zone.

When discussing the transformation their team undergoes through their businesses, Alfredo says:

“The most important part of what we do is the growth created through personal development which allows people to step into the greatest version of themselves. Obviously making money is great but we also focus at both our companies on developing leadership qualities and progressive personalities, where people are actually getting things done. People are actually seeing dramatic changes in themselves, not just in the amount of money they make, but in how knowledgeable and skillful they are in different areas of the business, like sales, trading, and speaking. We’re helping people develop into true leaders that are instrumental in shaping the future.”

To date, Platinum Investments and FREELIFE have expanded from across the United States to France, Canada, and Panama, involving over 120 people and counting. Traversing through the world of entrepreneurship with a seven month old baby is no small feat . Balancing time with their son with a people-oriented industry was challenging but they quickly learned the ins and outs of building strong business relationships to create a cohesive and dedicated team.

“When you build a team, it’s about building that relationship, almost like you have brothers and sisters that you want to see succeed. You have to almost give some of yourself into this other person and sacrifice certain things. It’s not always easy, but making others feel comfortable with you is very important,” says Sade.

Having a clear vision of how they wanted their business to be built and executing with a sound plan of action has helped get Sade and Alfredo to where they are today. Both Platinum Investments and FREELIFE have created a unique culture that sets them apart from other companies.

“When you come into an industry where there’s already pre-set ideas of how success should go, it was challenging for me to try to establish myself as someone who does have a blueprint worth following. Establishing that culture was the initial barrier but we were able to overcome it as people started to see genuine results,” says Alfredo.

Entrepreneurship can be difficult and does not come without its fair share of calculated risk, but Sade and Alfredo want to remove that fear of the unknown by sharing exactly what they have been able to accomplish with the masses.

“It’s possible to have a family, live on your own and take care of your children while still aiming for what you want. The wealth doesn’t have to be passed down to you. I want to give people, not just hope, but the green light to say, hey, this works. This is something that with enough dedication, can change your life and allow you to branch out into whatever avenue you choose,” says Sade.

With Platinum Investments and FREELIFE flourishing, this family of bosses has big dreams for the future. Sade and Alfredo’s innovative ideas and unorthodox vision for individuals and families in business, has paved the way for new entrepreneurs and will surely inspire all of us to make the impact we want to see in the world, starting with the creation of our own free life.

Elnaaz Norouzi: I Never Put Myself in a Place Where I Feel the Pressure of Performance