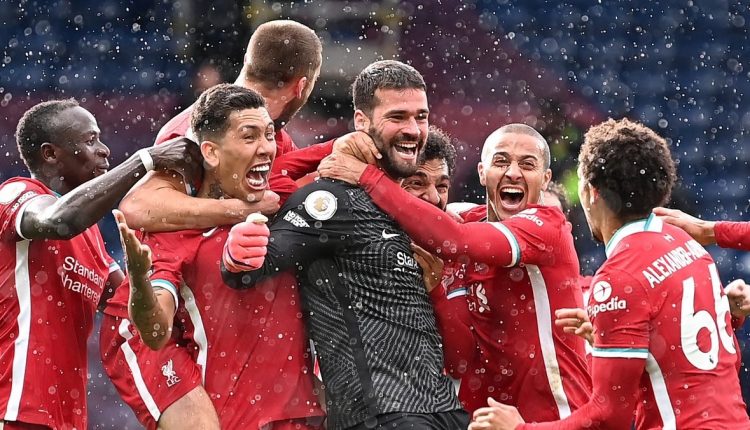 Alisson Becker scripted history last night by scoring a stunning header West Brom in the EPL 2021 match. The Liverpool stopper actually scored a goal at the 95th minute and renewed hopes for his team to qualify in the upcoming season of the Champions League. With this, he became the first goalkeeper in 129 years to score a goal. Alisson Becker netted a header and led the team to a 2-1 win. Post this, he even took to social media and reacted to the same. He took to social media and posted a picture of himself with team Liverpool celebrating the goal. Barcelona 1-2 Celta Vigo: With Barcelona Out of Title Race, Lionel Messi Has Future to Decide.

He also posted an interesting caption to the picture and wrote, “What a moment!!! I love you, boys.” Along with the caption he also used a few emojis to express his happiness. Talking about the game, West Brom was the one who got an early lead in the game. Hal Robson-Kanu was the first one who scored a goal within the first 15 minutes of the match. Mohamed Salah scored an equaliser. Then came a stunner by Becker.

Here’s the tweet by Becker and also the video of the goal:

This was Becker’s first goal of his career. With this Liverpool just needs one point to qualify in the Champions League as they are placed on number five of the EPL 2021 points table.

(The above story first appeared on Scoop Buddy on May 17, 2021 02:12 PM IST. For more news and updates on politics, world, sports, entertainment and lifestyle, log on to our website scoopbuddy.com).