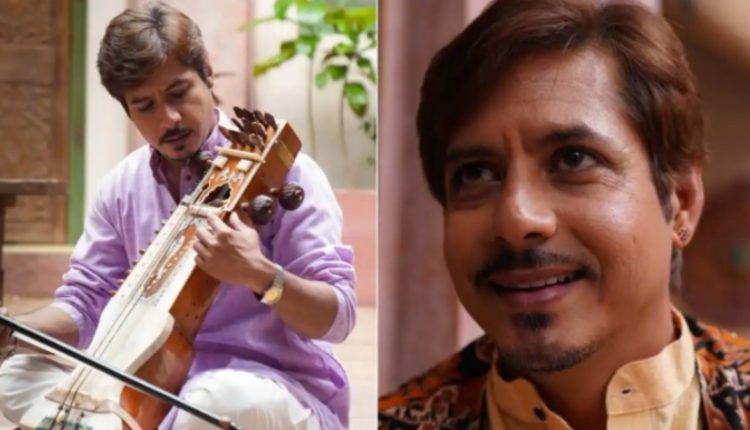 Amit Mistry Passes Away; In This Throwback Interview to LatestLY, the Late Actor Had Spoken About Bandish Bandits and Its Future (Replug)

OTT platforms have been keeping the audience bound in their homes due to COVID-19 highly entertained. While thrillers have taken center stage with the likes of Undekhi, Raat Akeli Hai, Patal Lok, and others, international content is also getting ravenously consumed. But Bandis Bandits (2020), on Amazon Prime Video, was definitely a refreshing change. It’s a series that uses Indian classical music as its premise while everything else is weaved around it. We don’t know when was the last time, we watched something that had classical music at the core. Many raved about the show and Amit Mistry is one who was showered with praises for his role. Bandish Bandits Season 1 Review: Ritwik Bhowmik, Shreya Chaudhry’s Musical Saga Gets Its Tune Right With Shankar-Ehsaan-Loy’s Brilliant Soundtrack and Amazing Supporting Cast

Mistry played Radhe’s uncle who blends pathos with humour so perfectly that it’s instantly likable. Earlier, in an interview, Mistry told us how he was spending his lockdown days with Sangeet sadhana and waiting to go back on sets. He also spoke about how classical music should be taught in schools.

You shot for Tenali Rama recently. What’s the atmosphere on sets these days?

Although I shot for only 10-12 days, I was happy to see that a lot of precautions were taken on the sets. Temperature and blood oxygen checks, santisation of sets and much more. All the spot boys and lightmen used to stay back on the sets after the shoot. Dressmen and makeup men wore PPE kits. There were a lesser number of people on the sets. Everyone worked towards it. They kept the pace the same as before.

Do you think the pandemic would be weaved in the narrative from now on?

This situation will definitely be weaved into new content. There are already plots including this crisis. And I think India hasn’t seen a crisis of such nature since Independence. The country is also poor. If we consider Mumbai, we can only imagine how the people in the slums are surviving these days. But we all are working towards it. Amit Mistry Passes Away; 99 Director Duo Raj & DK Are ‘Devastated’ by the Actor’s Demise (View Tweets).

Lockdown has sure come as a boon for OTT. What are your thoughts?

This is definitely a good time for OTT. There is varied content and there’s the ease of access. There’s competition as well. I agree that it has more of an urban audience. Rural is more interested in TV. But it’s a growing business, you never know what will happen next.

The instrument you played was a mix of Sarangi and the violin. What kind of preparations did you do to play the instrument?

This is an innovation. It’s a family of musicians and they have the craftsmanship that helps them to come out with this innovation. I feel it’s a great thought. I had a tutor for Sarangi. Luckily, I play Guitar and Harmonium. So I have a hang of musical instruments. I was thrilled to learn the violin and sarangi.

Bandish Bandits marks the return of Hindustani classical music. How does it stand against the culture of remixes in films these days?

I really hope so. Hindustani classical music is a beautiful part of India’s culture. When you listen to great singers, you feel relaxed and calm. I feel Indian music should be taught in schools because it’s a language. One learns to express because when we talk there’s lyrics and rhythm. Teenagers and youngsters have responded in a big way to the music of Bandish Bandits.

How is it to act with a legendary performer like Naseeruddin Shah?

I have done a lot of theatres and I have watched Naseer Sir in a lot of plays. I have worked with Ratna Pathak Shah. This is the first time I have worked with him. He has a certain discipline to conduct his characters. He never lets any other actor feel intimidated by him. He tries to make everyone feel comfortable. I learned a lot from him.

You have worked with Raj Nidimoru and Krishna DK in 99 and Shor In The City. What kind of equation do you share with them?

They had watched me in Ek Chaalis Ki Last Local and were clear that they wanted Amit Mistry for a role in 99. They got in touch with me and wanted to know if I would like to work with them. I was really humbled because they were so clear about me. They liked what I did in 99 and wrote a specific role for me in Shor In The City.

What should we expect from your character in season 2? Will we see more of your doomed love story that we only heard in the first season?

People loved the family – the Rathod family. I feel the writers would obviously develop characters around this family although I don’t know which way it will lead. There will definitely be an arc. It’s a good thought though. But that has already culminated, it would be fun to see what new can be added to the story.

(The above story first appeared on Scoop Buddy on Apr 23, 2021 07:37 PM IST. For more news and updates on politics, world, sports, entertainment and lifestyle, log on to our website scoopbuddy.com).

Proning is Medically Accepted Position to Improve Breathing Comfort and Oxygen Levels: Health Ministry Releases Document on How to Do Proning Correctly