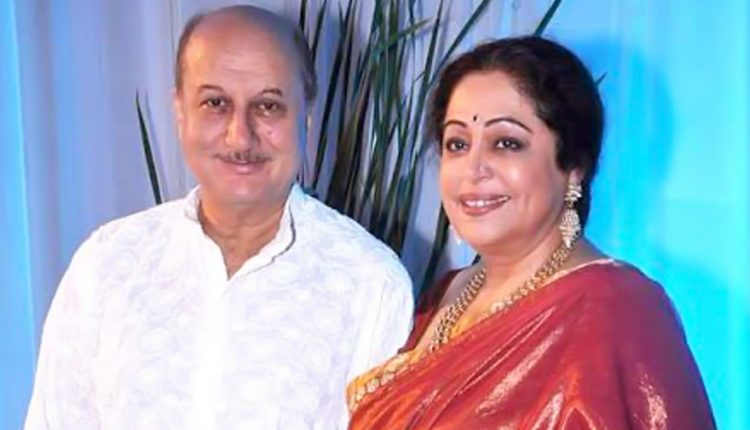 Putting all rumours about his wife and actor Kirron Kher’s health to rest, veteran Bollywood star Anupam Kher on Saturday clarified that ‘she is doing absolutely fine’. Bashing out at the negative comments, the Hotel Mumbai star took to Instagram and posted a statement that read, “There is a rumour going around about #Kirron’s health. It is all false. She is doing absolutely fine. In fact, she got her 2nd vaccination done for COVID this afternoon. I will request people not to spread such negative news. Thanks. Stay safe.” Kirron Kher Health Update: Anupam Kher Clears Air, Says ‘She Is Doing Absolutely Fine and Took 2nd Dose of COVID-19 Vaccine Today’.

On Friday, the 66-year old ‘Kuch Kuch Hota Hai’ star also informed his fans that he, along with his family (including his mother, brother, sister-in-law and Kirron) had received the second jab of COVID-19 vaccine at Nanavati Hospital, Mumbai. “We got our 2nd vaccination done. Thank you #SisterAnnie #DrAfsa and @nanavatihospital for making it possible. Mom was the bravest. Chanting #OmNamahShivay helped me and hopefully @kirronkhermp bhabhi @kherreema and brother @rajukherofficial also,” he wrote in the caption. Happy Birthday: Aahana Kumra and Anupam Kher’s Short Film Bags Multiple Nominations at NYCIFF.

Anupam broke the news in April that Kirron has been diagnosed with multiple myeloma, a type of blood cancer. Following this, scores of fellow celebrities and fans of the celebrity couple expressed concern and wished her a speedy recovery on social media. Meanwhile, on the work front, Anupam Kher had also won the Best Actor award at the New York City International Film Festival for his short film titled ‘Happy Birthday’, adding a feather to his cap. The film also bagged the Best Short Film award at the prestigious film festival.

Apart from ‘Happy Birthday’, Anupam has several other projects in the pipeline including ‘The Last Show’, ‘Mungilal Rocks’, and ‘The Kashmir Files’.

Bomb Blast in Afghanistan: At Least 25 Killed, Over 50 Injured in Explosion Near School in Kabul