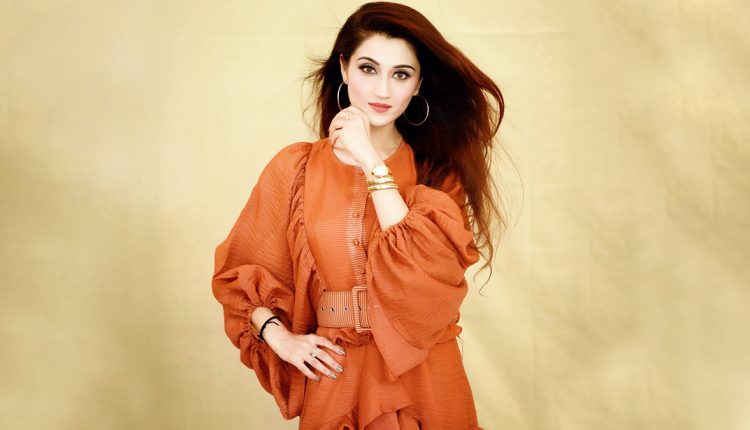 For Uttarakhand-born classical dancer Arushi Nishank making foray into acting was an organic decision, which she says was propelled by her desire to present never-seen-before tales from the mountains and help her home state develop into a shooting friendly location. The Delhi-based Kathak exponent will be making her feature film debut with the T-Series project “Tarini”, and will also be starring in and producing a web series set for the streaming platform Disney+ Hotstar. Miley Cyrus’ Pride Concert Special of An Hour to Stream Exclusively on Peacock TV.

Arushi, who has travelled across the globe courtesy her love for the Indian classical dance form, said joining the Hindi film industry was the best way to expand her horizons as an artiste and promote the talent from her state. “Uttarakhand has tremendous talent. But there are still very few facilities and because of which people from the state don’t get enough opportunities. My aim behind joining the entertainment industry is to show the world what life on mountains looks like,” the 34-year-old actor-producer, who hails from Kotdwar, told PTI. Khatron Ke Khiladi 11 Star Arjun Bijlani Shares His Words of Wisdom (View Post).

While mountains have long been one of the favourite destinations for Bollywood writers as well as filmmakers, Arushi believes there are a few storytellers who have highlighted the hardships faced by people of the region.”Nobody has till now shown how tough it is to live in the mountains. I want to bring out those inside stories. I want that people of Uttarakhand should get great opportunities,” the performer said, adding that she would request Uttarakhand Chief Minister Tirath Singh Rawat to strengthen the state’s film board.

Her first on-screen project is the T-Series music video of popular song “Wafa Na Raas Aayee”. The new version is sung by Dehradun-born Jubin Nautiyal, while Meet Bros are the composers. The lyrics are written by Rashmi-Virag.Ashish Panda has directed the video, which has crossed over 100 million views on YouTube. The song also features actors Himansh Kohli and Rohit Suchanti. Arushi said before doing a full-fledged film, she felt the music video was a good way to understand the art of performing in front of the camera.

“I believe for an artiste, horizon has no limits so one should always try to get into a better platform. I think the silver screen is a great space to showcase one’s talent. I met Bhushan Kumar ji (Managing Director, T-Series) way back and we were discussing a few movie projects… So we thought of doing a music video before the film and see how the audience reacts to the video and to me,” she said. The performing artiste believes amid the coronavirus pandemic, when people are finding it difficult to produce new content, music videos act as a good source of entertainment for the audience.

“Music videos have filled that gap which has come due to COVID as there is less content right now. And a brand like T-Series makes sure to come up with the finest product, each frame looks like a movie.” For her shooting the music video was a big challenge as it was her first time acting in front of the camera, said Arushi. “It was very challenging for me as I’m used to performing live in front of 1,000 or 5,000 people. But here when the video is out, millions of people are going to watch it… As a Kathak exponent my expressions are a bit over-the-top. But in front of the camera, one needs to be subtle. It’s easy to add on to something, but to make it less is always difficult.”

Arushi said her film choices will always align with her belief system. Going ahead her goal is to work on concrete subjects, which spread positivity in the society. Her film “Tarini”, a story of six Indian women Navy officers who embarked on the journey of the world on board the Indian Navy’s INSV Tarini, is also a step in the same direction, she said. “I’m also doing a music video for Zee Music,” she added.

More than 1,600 to lose jobs at Stellantis Illinois factory due to chip shortage