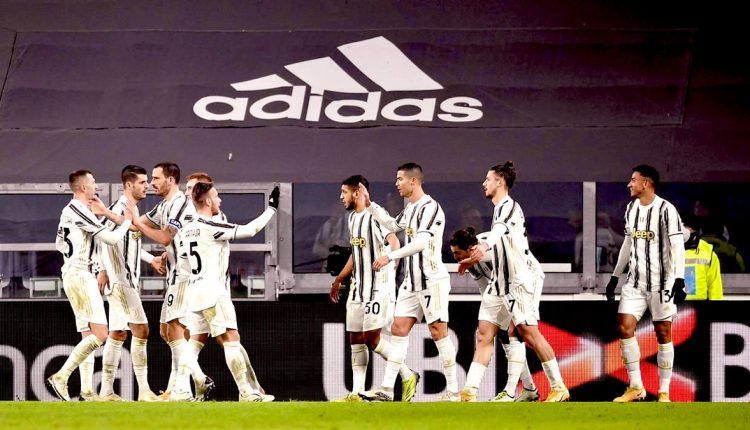 Atalanta vs Juventus, Live Streaming Online & Match Time in IST: How to Get Free Live Telecast of Serie A 2020–21 on TV & Football Score Updates in India?

Juventus are up against Atalanta in what is expected to be an exciting clash in Serie A 2020-21. The encounter takes place at the Gewiss Stadium on Sunday (April 18). With Juventus and Atalanta holding third and fourth spot respectively in the team standings, stakes are incredibly high in the game. The defending champions can displace AC Milan at the second place with a win while the home side has a chance to get the number three slot. Hence, both sides must unleash their A-game in the crucial fixture. Meanwhile, fans can scroll down to get the live streaming, live telecast and other ATN vs JUV match details. Cristiano Ronaldo Reacts After Guiding Juventus to 2–1 Win Over Napoli.

Speaking of the history between the two clubs, the Bianconeri comfortably dominate the head-to-head record with 28 wins in 42 fixtures. On the other hand, Atalanta won just four games while the remaining ten matches ended in draws. The two Italian sides last met in December last year, and the game saw a 1-1 draw. With both sides being attacking this year, a thrilling contest is on the cards. However, despite tasting a lot of success against Atalanta , Juventus need to unleash their A-game to get the favourable result. As the game gets lined up, let’s look at the streaming and further information.

When is Atalanta vs Juventus, Serie A 2020-21 Football Match? Know Date, Time and Venue

Where to Watch Live Telecast of Atalanta vs Juventus, Serie A 2020-21 Football Match?

Fans in India can catch the live telecast of the Atalanta vs Juventus match on Sony Sports channels. Sony Sports Network is the official broadcasters of Serie A 2020-21in India. So fans can tune into Sony Ten 2 and Sony Ten 2HD channels to catch the live-action of clash.

How to Get Free Live Streaming Online of Atalanta vs Juventus, Serie A 2020-21 Football Match?

Those fans unable to watch the game live on television can follow the game online. SonyLiv, the official streaming partner of Sony Sports Network, will be live streaming the Atalanta vs Juventus match. So fans can tune into SonyLiv App or website to catch the live action of Serie A 2020-21 matches.

(The above story first appeared on Scoop Buddy on Apr 18, 2021 12:52 PM IST. For more news and updates on politics, world, sports, entertainment and lifestyle, log on to our website scoopbuddy.com).

Bhumi Pednekar Recovers From COVID-19, Actress Shares the News With Her Sun-Kissed Selfie