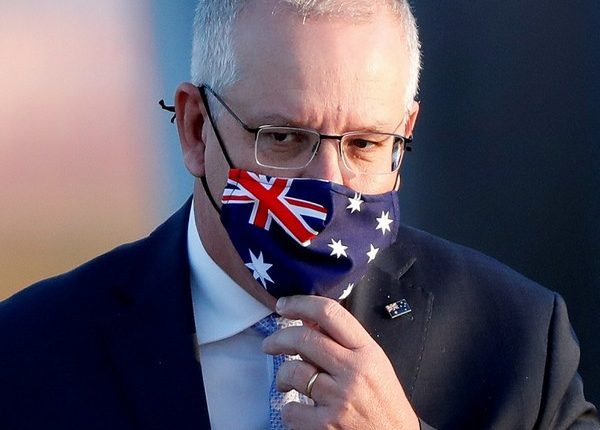 Australia Suspends All Direct Passenger Flights From India Until May 15

Canberra, April 27: Australia has suspended flights from India in response to the country’s Covid-19 outbreak.

Prime Minister Scott Morrison announced on Tuesday that all flights from India to Australia will be halted until May 15 at the earliest, the Xinhua news agency reported.

He said that indirect flights through other cities were suspended by their governments, and repatriation flights run by the Australian government aimed at getting Australian residents and citizens stranded in the country home would resume as soon as possible. US Embassy Monitoring Situation, Taking Measures to Safeguard Its Employees from COVID-19 in India: Spokesman.

“We don’t think the answer is to just forsake those in India and just shut them off,” Morrison told reporters after a meeting of the National Security Committee.

Marise Payne, the minister for foreign affairs, said that there had been an increase in the number of Australians in India registering to come home with the Department of Foreign Affairs and Trade.

“When I spoke to the High Commissioner this morning we touched on this challenge (of people wanting to return),” she said. “They are all over India, literally in every single corner of the country.”

“That does make the process challenging but we will stay in touch with them and provide any support we are able to.”

Australia will send ventilators, masks, goggles, gloves and face shields to India to help the country fight its record-breaking outbreak.

(The above story first appeared on Scoop Buddy on Apr 27, 2021 02:36 PM IST. For more news and updates on politics, world, sports, entertainment and lifestyle, log on to our website scoopbuddy.com).