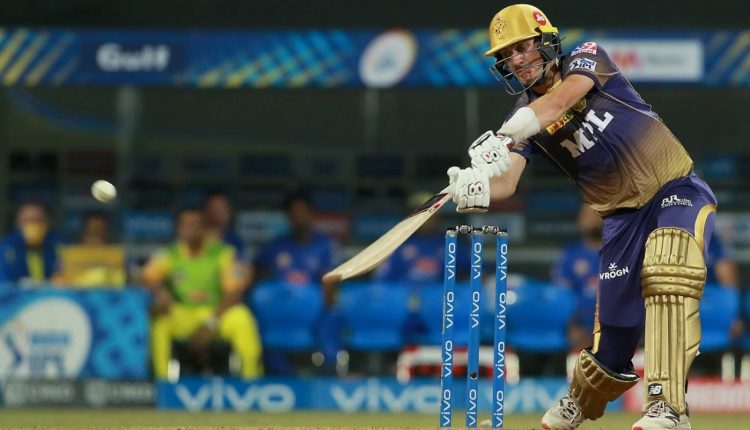 Australians at the IPL 2021

Pat Cummins made a bigger impact with the bat this week than the ball. Off 7.5 overs in the two games against Chennai Super Kings and Rajasthan Royals he went for 94 – the 58 he conceded against CSK being one short of his most expensive T20 figures of 0 for 59 for Delhi Daredevils against Mumbai Indians in 2017. However, he nearly redeemed himself against CSK with a career-best 66 off 34 balls batting at No. 8 which included taking 30 off the 16th over against Sam Curran. That reduced a near-impossible looking 75 off 30 balls to 45 off 24. Eventually it came down to needing 20 off the last but Kolkata Knight Riders lost their last wicket when Prasidh Krishna was run out trying to get Cummins back on strike.

Punjab Kings had a significant change of tactics when they dropped Australian fast bowlers Riley Meredith and Jhye Richardson who had been expensive early in the tournament. It meant a first outing for Moises Henriques and the Kings initially slumped to an insipid defeat against Sunrisers Hyderabad (with Henriques making 14 off 17 balls) but bounced back strongly with a nine-wicket win over Mumbai Indians where Henriques was in a rather surprising role. He took the new ball – the first time had done that in T20s since 2013 – and bowled three straight overs in the Powerplay for just 12 runs including nine dot balls. Mumbai could only post 131 and the Kings had few problems in the chase.

T20s can be decided by the smallest of margins. David Warner’s Sunrisers side let another promising position slip after they had raced to 56 for 1 in the sixth over chasing 161 against Delhi Capitals (featuring Steven Smith who made a useful 34 off 25 balls) and in the end the game went into a Super Over. Warner and Kane Williamson walked out with the bat but could only manage seven against Axar Patel with Warner being called for a short run off the final delivery when he did not ground his bat as he raced back for a second. Would it have made a difference? Well, in the Capitals’ Super Over they needed one off the last ball to win and managed to scamper a leg bye.

Ravindra Jadeja had a bit of a day out against Royal Challengers Bangalore. But with the bat, at least, he shouldn’t have got off the mark. After arriving in the 14th over Jadeja had played out four dot balls before he pulled Washington Sundar flat to deep midwicket where Dan Christian, who has taken some spectacular catches, dropped a relatively straightforward chance. “Oh that could cost them dearly,” noted the ESPNcricinfo commentator. It’s fair to say it did. Starting the final over of the innings on a fairly sedate 26 off 21 balls, Jadeja smashed an astonishing 37 off Harshal Patel to leave RCB stunned. Then in he claimed 3 for 13, including the key scalps of the in-form Glenn Maxwell and AB de Villiers, while also rubbing salt into Christian’s wounds with a direct hit to remove him for 1.

It was announced on Sunday that Andrew Tye would be leave Rajasthan Royals to head home to Australia amid concerns about being able to get back amid tightening restrictions on arrivals from India. He had yet to make an appearance for the Royals. The strong suggestions were that he would not be the last Australian player to leave the tournament early. “There’s definitely concerns,” he told SEN radio. “A lot of guys have been in touch today once they realised I was leaving. Some of the guys are very interested in what route I took home and other guys are just happy to make sure I’m okay. Not sure if I’ll be the only one.”

Nathan Coulter-Nile (Mumbai Indians), Ben Cutting (KKR), Daniel Sams (RCB) and Adam Zampa (RCB) were still waiting for their first outings of the season while Chris Lynn (Mumbai) also remained out of the XI. Kane Richardson made one appearance for RCB, taking 1 for 29 in a game where they chased 181 in 16.3 overs without loss.

Andrew McGlashan is a deputy editor at ESPNcricinfo