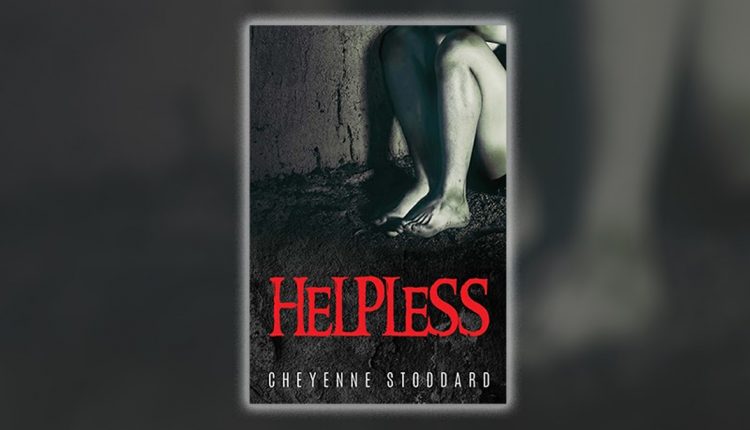 Helpless follows protagonist Talon Adams, an albino teen who faces the hatred and ridicule of his classmates because of his appearance. At home, his parents believe that his skin is a curse and subject Talon to horrific abuse. Even Tyler, his twin brother who was born with “normal” skin, sets him up for failure at every turn.

But when a beautiful new boy named David moves into town, it seems like Talon’s luck is beginning to change. David works hard to win his affection, even intervening to protect Talon from the bullies and abusers in his life. Before long, Talon begins to fall for David. Little does he know that his handsome protector has skeletons in his closet, ones that an old friend won’t be so quick to let him forget.

Helpless is an adult novel that’s perfect for fans of realistic fiction with a paranormal twist. Stoddard’s work may not be appropriate for all audiences due to darker scenes. Helpless highlights the intersectional nature of abuse and unpacks the social expectations imposed upon young men.

Reviewers praise Stoddard’s ability to draw in readers with vivid descriptions and evocative prose. Describing Helpless as a “painful story with a captivating protagonist,” readers also commend her for tackling difficult topics with such depth and sensitivity. Stoddard drew upon many of her own experiences as a child to craft an authentic story of survival and resilience.

Helpless is available for purchase on Amazon.com or wherever books are sold. Sequels are currently pending release. Cheyenne R. Stoddard is proud to be a writer, fiancée, and mother of three. Her Helpless series has been in development for nine years. As an author, Stoddard is passionate about writing inclusive, diverse literature that reflects the darker realities of life. She frequently incorporates elements of mythology and demonology into her work as well. She lives and writes in a small town in Ohio.

Kabul: 4 Killed, 20 Wounded in Explosion at Mosque in Shakar Dara