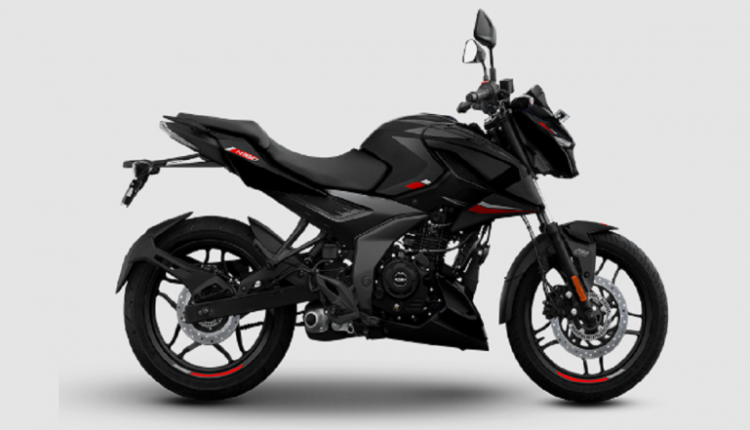 New Delhi, November 18 : Bajaj Auto is preparing to launch its new bike in the Pulsar series on bike on 22nd November 2022. Bajaj hasn’t revealed the moniker or details of the upcoming model yet, but it is thought that the new model is the updated Pulsar N150, which has been caught testing the tarmac multiple times along with other Bajaj bikes.

The new upcoming Bajaj Pulsar N150 two-wheeler will flaunt a new projector headlamp with eye shaped LED DRLs, and it will borrow the bulb-type indicators and LED tail lamp from its cousin the new Pulsar N160, on which its design is based as well. It is expected to get a two-piece seat, an integrated fender and new alloy wheels. Bajaj Pulsar N160 Launched in India at Rs 1.28 Lakh.

The upcoming Bajaj Pulsar bike is expected to get powered by a new and more refined 150cc or even a more powerful 180cc, air-cooled engine. The current Pulsar N150 offers 14PS of max power along with 13.25Nm of peak torque, while the upcoming model is likely to be fairly more powerful. The new bike will also get a telescopic fork up front and a monoshock suspension set-up along with front and rear disc brakes for optimal stopping power, but rear drum brake option will also be available. These Factors Will Affect Your Bike Loan Interest Rates in 2023!

The new upcoming Bajaj Pulsar N150 150cc bike’s price range will be revealed next week, but it is expected to be tagged at around Rs 1.10 lakh, which is tad more costlier than the current Pulsar N160 priced at Rs 1.03 lakh (ex-showroom).

(The above story first appeared on Scoop Buddy on Nov 18, 2022 06:07 PM IST. For more news and updates on politics, world, sports, entertainment and lifestyle, log on to our website scoopbuddy.com).