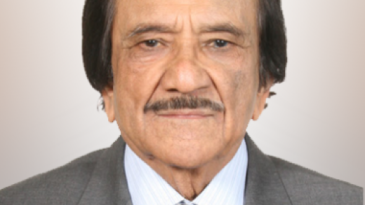 Islam was the president of the board, then known as the BCCB, between 1983 and 1987. During his term, he made the important contribution of introducing the country’s first school-cricket competition. He funded the tournament through his company, Nirman International Ltd, which gave it its name: the Nirman School Cricket Tournament.

The competition moulded many top-class cricketers – Habibul Bashar, Khaled Mahmud and Javed Omar emerged from its first batch. Islam also set up the Nirman XI cricket team in the Dhaka league, which was promoted up to the List A Dhaka Premier League in the early 1990s. At one time, Islam hired Northamptonshire’s Alan Fordham as player-coach of the Nirman side, and even arranged a private England tour for the team’s young players.

For many generations since the mid-1980s, the Nirman school competition regularly produced cricketers who would progress to the Dhaka leagues, and later the national team. Even Shakib Al Hasan, Tamim Iqbal and Mushfiqur Rahim played this school cricket, though they came through the BCB’s system. The Nirman tournament is the precursor to the BCB’s game development programme.

BCB president Nazmul Hassan praised Islam for his vision at a time when cricket wasn’t even a professional sport in the country. “He was a pioneer and Bangladesh cricket will forever be grateful to him for his vision and belief,” Hassan said.

“He patronised and encouraged age-group cricket with the Nirman school tournament during a period when the game was far from being a professional sport. Because of resourceful personalities like him so many budding players could dream of becoming cricketers and cricket reached every corner of the country.”

As a mark of respect, the BCB flag will fly at half-mast on Tuesday.