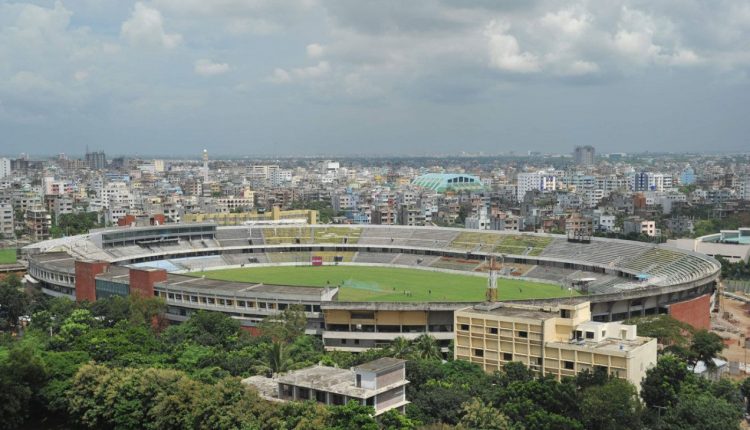 Bangladesh-Sri Lanka ODI series to be held in Dhaka

Sri Lanka will arrive in Dhaka on May 16, shortly after the Eid ul Fitr weekend, and complete a three-day quarantine

The upcoming three-match ODI series between Bangladesh and Sri Lanka will be held at the Shere Bangla National Stadium in Dhaka, the BCB has announced.

The matches, part of the ICC’s ODI Super League, will be held on May 23, 25 and 28, within a bio-bubble stretching between the team hotel and the ground.

Sri Lanka will arrive in Dhaka on May 16, shortly after the Eid ul Fitr weekend, and complete a three-day quarantine. Their first practice session will be on May 19 at the National Cricket Academy ground, adjacent to the stadium. The visitors will then play a practice match at the BKSP on May 21. At the conclusion of the ODI series on May 28, the Sri Lankan team will depart on the following day.

This will be Bangladesh’s third ODI series within the ICC’s World Cup qualifying campaign. They are currently in sixth place, having beaten the West Indies 3-0 at home in January, but lost to New Zealand 3-0 in in March. Sri Lanka lost to West Indies 3-0 last month, are now in 12th place.

The two teams only last week played out their final World Test Championship series, which Sri Lanka won 1-0 after a 209-run win over Bangladesh in Pallekele.

Sri Lanka will become the second international team to arrive in Bangladesh since the onset of the Covid-19 pandemic. The BCB successfully hosted West Indies in January-February this year, in a three-ODI and two-Test series in Dhaka and Chattogram.

This will however be a different situation, since Bangladesh are in the middle of a strong second wave of Covid-19 cases. The country has been under a lockdown since April 5. The international flight suspension ended on May 1, but the country’s lockdown has been extended till May 16.

Bangladesh will be without their fast-bowling coach Ottis Gibson, with the team opting to use a local coach instead.