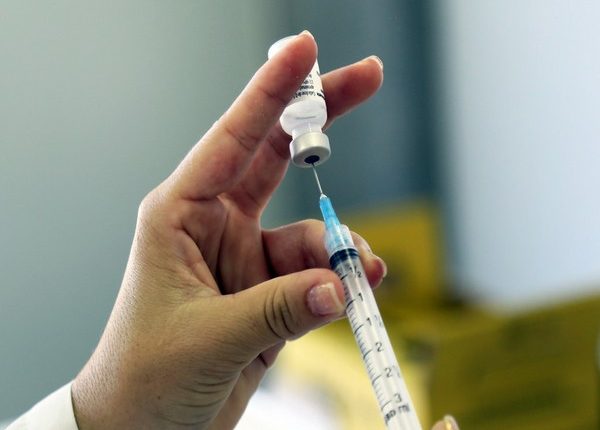 Dhaka, May 5: Bangladesh on Wednesday temporarily suspended the registration for COVID-19 jabs due to the vaccine shortage in the country, amid a delay in the timely arrival of shipments from India, a senior health official said.

Bangladesh is a prime recipient of Oxford/AstraZeneca vaccines produced by India’s Serum Institute, but the alarming surge in the positive cases in India has created uncertainty over its expected availability in Bangladesh in due time. India in January gifted 3.2 million doses of domestically manufactured coronavirus vaccine to Bangladesh as part of its ‘Neighbourhood First’ policy.

Dhaka also purchased 30 million doses of the India-made vaccine and under an agreement received seven million doses in two consignments until February. The third consignment, which was expected in March, is yet to reach. G7 Summit 2021: India’s Delegation Self-Isolating After Two Members Test COVID-19 Positive, EAM S Jaishankar Says Will Attend Meetings Virtually.

“We have temporarily halted the registration as the expected supply of vaccines have not reached yet in line with the agreement (from India),” Directorate General of Health Services (DGHS) Additional Director General Professor Meerjadi Sabrina told a media briefing here.

The existing vaccine stocks would be used to administer the second dose among the recipients of the first doses, she said. In a separate media briefing, foreign minister Dr AK Abdul Momen said, “India never said they will not send the vaccines, but their internal situation forced them to stop it (for now).”

India is struggling with an unprecedented second wave of the COVID-19 pandemic with more than 3,00,000 daily new coronavirus cases being reported in the past one week.

According to a report in The Daily Star newspaper, addressing a virtual press briefing, DGHS spokesperson Dr Robed Amin said, “We had around 1.2 crore vaccines…around 88 lakh jabs have already been administered as first and second doses. Now we have some 14 lakh doses left in stock.”

There will be a vaccine crisis if a fresh consignment does not arrive in the country before the existing stock is exhausted, he said. So far, 5,819,719 people have received the first dose of the vaccine while 3,023,169 got the second dose, Robed said.

As per official statistics, Bangladesh lacks over 14 lakh second doses of the vaccine to administer to those who received the first jab. Amid the vaccine crisis, the government had suspended administering the first dose of the coronavirus vaccine on April 26.

Earlier this month, the government approved emergency use of China’s Sinopharm and Russia’s Sputnik vaccines amid delay in the supply of Covishield jabs — the Oxford-AstraZeneca vaccine — being manufactured by Serum Institute of India. SpiceJet’s Freighter Arm Airlifts 3,100 Oxygen Concentrators from Beijing in China.

Health officials said the second wave of coronavirus onslaught prompted the government to allow the use of Russian and Chinese vaccines though they were yet to get the World Health Organisation (WHO) approval. The deadly viral infection has so far infected 767,338 people and claimed 11,755 lives in Bangladesh, according to Johns Hopkins University data.

Officials said China has already gifted 0.5 million doses of vaccine to Bangladesh which is expected to reach by next week. Russia has proposed co-production of its Sputnik vaccine in Bangladesh but the proposal is yet to be finalised, they said.

Three Bangladeshi pharmaceutical companies have the vaccine producing capacities, while “the Chinese and Russians will come and inspect the plants” ahead of reaching any co-production arrangement, they said. Bangladesh had started vigorously hunting for other sources, including China, to get the vaccines over concerns that India could get run out of vaccines, being manufactured by SII, for its own citizens.

According to Indian health ministry data on Wednesday, a record 3,780 fresh COVID-19 fatalities were registered in a single day in India, taking the death toll to 2,26,188, while 3,82,315 new coronavirus infections were recorded.With the fresh cases, the total tally of COVID-19 cases in the country climbed to 2,06,65,148.

Arrests made over alleged kidnap of Stuart MacGill

Kim Livingstone, an Exceptional Designer Using Her Exquisite Designs To Reflect Her Worldview