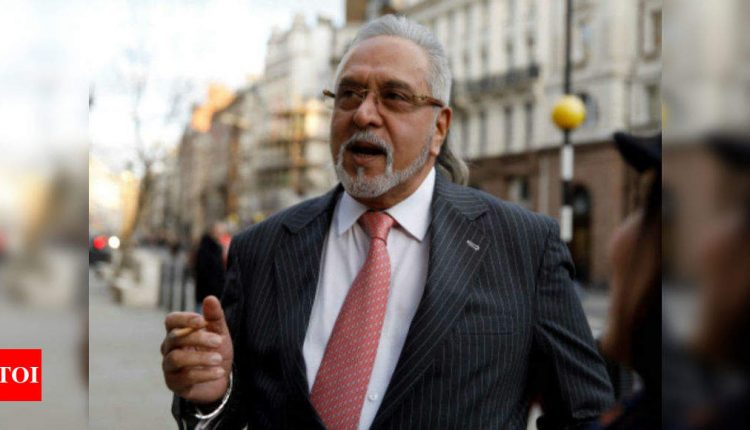 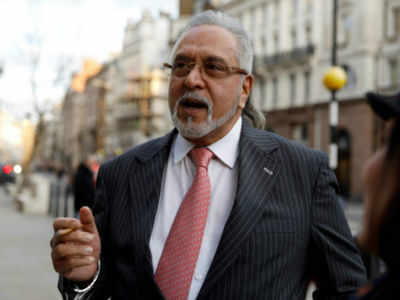 Vijay Mallya remains on bail as the UK Home Office deals with a “confidential” legal issue in the unrelated extradition matter. (File photo)

LONDON: A consortium of Indian banks led by the State Bank of India (SBI) was back for a high court hearing in London on Friday in pursuit of a bankruptcy order against embattled liquor tycoon Vijay Mallya, as they attempt recovery of debt from loans paid out to his now-defunct Kingfisher Airlines.
At a virtual hearing before Chief Insolvencies and Companies Court (ICC) Judge Michael Briggs, both sides presented closing arguments in the case being heard following an amendment to a bankruptcy petition filed last year.
While the banks argue a right to waive their security over the Indian assets involved in the case in order to recover their debt in the UK, lawyers for the 65-year-old businessman counter that the funds in question involved public money held by state-owned banks in India which precludes them from such a security waiver.
They also point to ongoing interest rate legal challenges in India that impact upon the applicability of a UK bankruptcy order.
“We can’t second guess what’s going to happen in India,” said barrister Marcia Shekerdemian, arguing on behalf of SBI and others.
Mallya’s barrister, Philip Marshall, referred to witness statements of retired Indian judges in previous hearings to reiterate that there is “public interest under Indian law” by virtue of the banks being nationalised.
“Any security cannot be unilaterally waived,” he said.
Judge Briggs said he would now deliberate on the details and deliver a judgement in a timely manner, expected in the coming weeks.
The SBI-led consortium of 13 Indian banks, which also includes Bank of Baroda, Corporation bank, Federal Bank Ltd, IDBI Bank, Indian Overseas Bank, Jammu & Kashmir Bank, Punjab & Sind Bank, Punjab National Bank, State Bank of Mysore, UCO Bank, United Bank of India and JM Financial Asset Reconstruction Co. Pvt Ltd, had initiated the proceedings against Mallya in December 2018.
There have been a series of hearings in the case since then as part of their efforts to recoup around 1.145 billion pounds in unpaid loans. There have also been separate but related hearings to allow the release of court-held funds for Mallya to meet his legal and living expenses.
The businessman, meanwhile, remains on bail as the UK Home Office deals with a “confidential” legal issue in the unrelated extradition matter.
The High Court was informed earlier this year that the businessman had applied for “another route” to stay in the UK, which most likely refers to asylum and such an application would have to be addressed confidentially before UK Home Secretary Priti Patel can sign off on the court’s extradition order, on charges of fraud and money laundering related to loans acquired for Kingfisher Airlines.

Breaking down the breakdown of Cricket South Africa