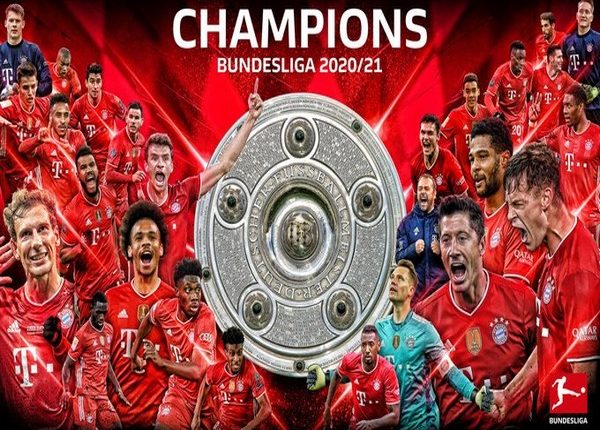 Munich, May 8: Bayern Munich on Saturday was crowned as the Bundesliga champions for the ongoing 2020-21 season. As a result, Bayern Munich has won the title for the ninth successive season and with this, coach Hansi Flick will bow out with another title under his kitty.

Flick has already stepped down as the coach of Bayern Munich and he will be replaced by Julian Nagelsmann. The title was secured for Bayern as second-placed RB Leipzig suffered a 2-3 defeat against Borussia Dortmund on Saturday and this means, that Leipzig cannot overhaul Bayern in terms of points.

Bayern Munich currently has 71 points from 31 games and the side has suffered just four losses in the ongoing season. Out of the 31 games played, Bayern has so far managed to win 22 and five matches ended as a draw. Liverpool vs Southampton, Premier League 2020–21 Free Live Streaming Online & Match Time in India: How To Watch EPL Match Live Telecast on TV & Football Score Updates in IST?.

Striker Robert Lewandowski has been the standout performer for Bayern Munich this season as he has scored 43 goals this season with 36 of those coming in the Bundesliga.

Thomas Muller has also scored goals in double digits this season and he also has 17 assists to the team’s cause. Bayern Munich will be in action later today as the side will take on Monchengladbach in the Bundesliga.