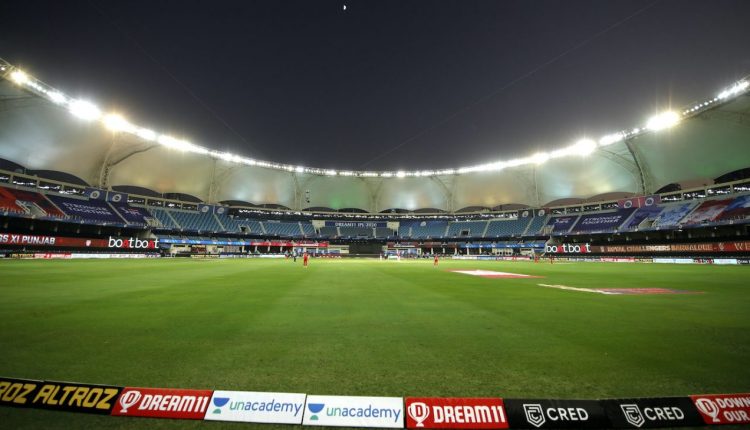 As India battles a raging Covid-19 pandemic, the BCCI is preparing for the “worst case scenario” of moving the 2021 men’s T20 World Cup to the UAE. The marquee event, comprising 16 countries, is scheduled to take place in India between October and November this year, with the final on November 14.

“I hope so. I am doing everything we can to make sure that it happens,” Dhiraj Malhotra, the tournament director for the T20 World Cup, said on the BBC’s Stumped podcast this week. “We will be doing normal scenario, Covid-scenario, worst case scenario. All that we are in talks with the ICC at the moment.”

The record surge in the Covid infections in the country recently, including a mounting death count, has prompted the cricket fraternity to start asking whether India could be fit to host the World Cup which is less than six months away.

According to Malhotra, who took charge this February as BCCI’s general manager of cricket operations and game development, the Indian board had plans to “take” the T20 World Cup to the UAE as a contingency measure if the ICC found India to be unsafe. “It would be (the) UAE. And we are hoping it will again be done by BCCI – we will take the tournament there. So it will be still run by BCCI.”

Recently, the BCCI proposed to the ICC nine venues across India to stage the T20 World Cup: Ahmedabad, Bengaluru, Chennai, Delhi, Dharamsala, Hyderabad, Kolkata, Lucknow and Mumbai. Ahmedabad, which houses the world’s largest cricket stadium, was slotted in for the final.

The BCCI is using the two-venue caravan model in play during the 2021 IPL as a dry run to determine whether the same can be replicated for the World Cup, which will be the first multi-team global event staged by the ICC after the World Health Organisation declared Covid-19 as a pandemic in 2020. An ICC team including experts from the events, security and biosafety departments, was scheduled to arrive in India to inspect the venues and plans, but that plan had to be shelved with the UAE banning travel to India recently.

Malhotra pointed out that currently the BCCI was still going ahead with the original plan of India hosting the tournament. “As of now we are looking at ticket sales, people travelling from all over the world, but again we don’t know what the situation would be at that point of time.”

Speaking to Indian media agencies on April 7, two days before the start of the IPL, Geoff Allardice, the ICC’s interim chief executive officer, said that although there were back-up plans in place, the global body had not “activated those plans” and was “preparing to go ahead with the event in India as scheduled.”

Since then though, the situation in India has become grim by the day. As per Covid-19 data logged on Friday morning by the US-based John Hopkins University, India has reported over 18 million Covid-19 positive cases (second behind the USA) and is fast moving to become the third on the list of most deaths globally with the current count over 208,000.

Consequently, countries have banned flights to and from India as well as stiffening their quarantine protocols for travelers coming into the country. That move prompted four overseas players from two IPL franchises to return home while also leaving several more uneasy.

One of those feeling uneasy is former New Zealand fast bowler Shane Bond, who is the bowling coach with defending champions Mumbai Indians. “That is the biggest stress for all of us who are over here is how to get home,” Bond said from Delhi on Friday during a virtual media briefing, organised by the Sydney Thunder, the BBL franchise where he was stepping down as head coach.

“There’s no doubt from my perspective, that’s the only thing that keeps you awake at night is thinking: am I going to be able to get in and what are the rulings of the government. But the other is, what you don’t want to be doing is, sitting around all day talking about that stuff because that just wears you down.”

Asked about the feasibility of India hosting the T20 World Cup, Bond said it would be “certainly challenging” compared to hosting the IPL. “There’s no doubt about that. The uniqueness of obviously having something that is privately owned (franchise) is we have our own hotel, we have net bowlers and all the little things that are helping you as a cricket team taken care of. I know when I have been to ICC tournaments the numbers are limited to 23, so if you are carrying only those sorts of numbers and there’s challenges getting in and out of the country then it is going to make it pretty tough.”

“The only way I can see the World Cup happening or making it easier to happen is just extra funding. It just comes down to the level of security in the bubble”

Recently the ICC agreed to increase the squad strength to 30 for the T20 World Cup and the women’s ODI World Cup (scheduled in New Zealand in 2022) to help teams use additional players and coaching staff as cover during the pandemic. Bond remained confident that the India could still host the T20 World Cup if the organisers put in some additional measures to create a secure bubble like the IPL model.

“The only way I can see that happening or making it easier to happen is just extra funding. It just comes down to the level of security in the bubble and the extra staff that you might be able to carry here. If you can do that there’s no doubt….in this completion (IPL) the bubble is pretty strong, our one (Mumbai) is outstanding.

“The other thing is in six months’ time things might look drastically different because of the vaccinations or lockdowns that are going on. I’m sure there will be contingencies put in place by the BCCI and the Indian government but there’s still a long way to go before the World Cup is held.”

Netflix announces fourth and final season of Castlevania, will premier on May 13