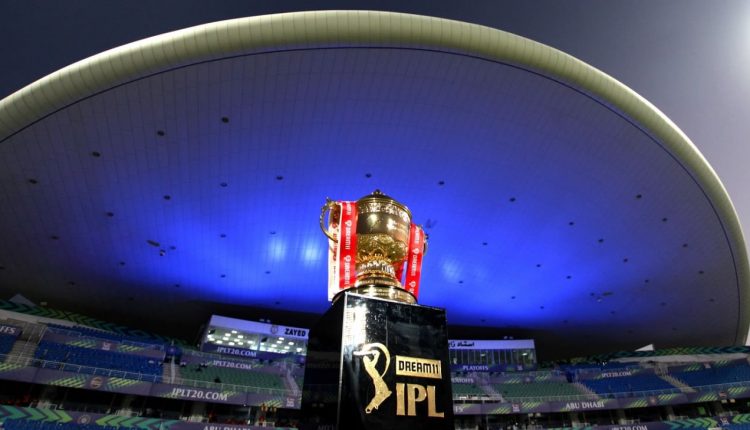 BCCI reassures IPL teams – ‘You are totally safe within the bubble’

Says teams are not playing to win, but for “something far more important, humanity”

The BCCI has told the eight teams in the IPL that they will not just be playing to win this time, but for something “much more important…humanity.”

Reassuring the franchises that everyone’s safety was the priority, the BCCI also confirmed that the tournament will carry on despite the raging Covid-19 pandemic in India, and that the IPL is “strengthening” the biosecure bubble for the rest of the tournament which is scheduled to end on May 30.

With India registering a record number of positive cases over the past 10 days, there has been a lot of apprehension both inside the IPL bubble as well outside about carrying on with the tournament. With countries barring travelers from India, overseas players from different teams have opted to return home with many more questioning how they will get back once their tournament was over.

On Tuesday, the BCCI’s interim chief executive officer Hemang Amin sent out an email to the teams reassuring their safety as well elaborating on the precuautionary moves being taken to keep the IPL bubble intact.

“I write to you at a time when India faces unprecedented challenges stretching its healthcare and spirit,” Amin said in the email, accessed by ESPNcricinfo.

“As we commenced the second leg, we understand that there are few apprehensions and concerns regarding the general situation in India and the withdrawals of certain cricketers. We completely respect the decision taken by the players and extend our support to them in every way. At the same time, we would also assure you that you are totally safe within the bubble.”

The IPL this time is being conducted on a caravan model with two venues in operation at one time to cut down on the travel and risks involved during the pandemic. The first leg of the tournament was conducted in Chennai and Mumbai. The second leg, which commenced on Monday, will be played in Ahmedabad and Delhi. This will be followed by matches in Bangalore and Kolkata before the tournament returns to Ahmedabad for the playoffs, including the final.

According to Amin, the IPL was making the testing process more rigorous while making the bubble more secure.

“In order to allay any apprehensions and concerns, we are further strengthening our bio-secure environments to keep everyone involved in the tournament safe and healthy. Recently, we increased testing in our bio-bubbles to be extra vigilant. Instead of the stipulated test every five days, we now conduct a test every two days.

“Further, earlier in the tournament, we had permitted food deliveries from outside your designated hotels, but these privileges have also been withdrawn. Apart from this, we have also increased our level of caution to strengthen our bio-bubbles.”

While franchises and players have maintained the IPL bubble is currently the safest place in India, there has been an acknowledgement that individuals would still have concerns. The Indian contingent in the IPL has been concerned about the welfare of their families, and the overseas players have had questions about how they would be returning to their respective countries which have updated travel guidelines issuing stringent quarantine norms.

On Tuesday morning, Australian batsman Chris Lynn, who represents defending IPL champions Mumbai Indians, said he had urged Cricket Australia to arrange for charter flights after the Australian government banned direct flights from India until May 15.

It is understood that the teams and the BCCI have been discussing about arranging charter flights to countries that have barred travelers from India, and Amin said the board would use help from the Indian government to facilitate the same.

“We understand that many of you are apprehensive about how you will get back home once the tournament concludes, which is natural and understandable. We want to apprise you that you have nothing to worry about. The BCCI will do everything to ensure that you reach your respective destinations seamlessly. The BCCI is monitoring the situation very closely and is working with the government authorities to make arrangements to get you home once the tournament concludes. Be rest assured that the tournament is not over for BCCI till each one of you has reached your home, safe and sound.”

Despite the IPL bubble being secure, critics have questioned the timing of the tournament carrying along when there has been so much strife and stress on the streets including mounting surge in the number of deaths owing to the pandemic. However, Amin told players that by playing they were providing “hope” to millions.

“While you go about playing the sport we all love, you are also doing something really important. As some of you have said, ‘if we can help distract people from all the troubles of recent times, even if it is for a short while, we have done a great job’. When you all walk out onto the field, you are bringing hope to millions of people who have tuned in. If, even for a minute, you can bring a smile on someone’s face, then you have done well. While you are professionals and will play to win, this time you are also playing for something much more important…. humanity.”

US Embassy Monitoring Situation, Taking Measures to Safeguard Its Employees from COVID-19 in India: Spokesman