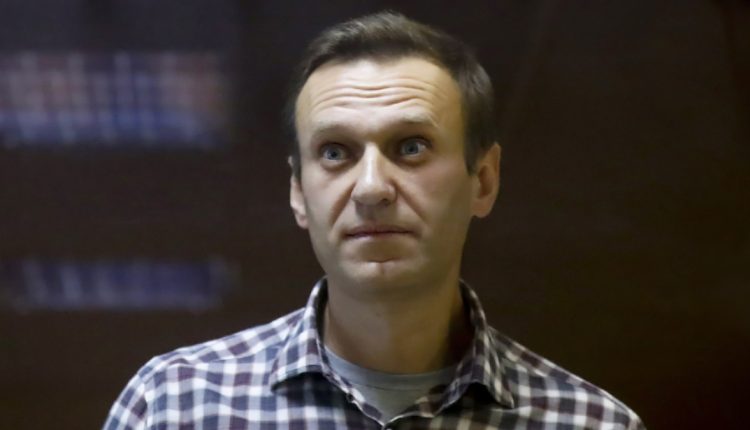 Navalny was arrested on January 17 when he returned to Russia from Germany, where had spent five months recovering from Soviet nerve-agent poisoning that he blames on the Kremlin. “As we write, Alexey Navalny is being held in a penal colony that many lawyers and human rights advocates consider to be one of the harshest in Russia. As has been reported worldwide, his health is deteriorating and he is in a critical state and requires urgent medical attention,” read the letter, shared by Azmi with PTI. Russian Foreign Minister Sergei V Lavrov Warns US, EU For Supporting Alexei Navalny.

‘The Russian state penitentiary service on Monday said that a decision was made to transfer Navalny, who is in the third week of a hunger strike, to a hospital. The announcement came two days after Navalny’s physician said his health was deteriorating rapidly and the 44-year-old Kremlin critic could be on the verge of death. The global personalities in the letter wrote that Navalny was exhibiting symptoms of a “severe neurological disorder”, constant back pain and the loss of sensation in his legs and hands in addition to severe cough and fever.

“As a Russian citizen, he has the lawful right to be examined and treated by a doctor of his choice,” the letter read. Navalny went on hunger strike to protest the refusal to let his doctors visit when he began experiencing severe back pain and a loss of feeling in his legs. “We call on you, Mr President, to ensure that Alexey Navalny is immediately given the medical treatment and care that he urgently requires – and is entitled to under Russian law. As someone who has sworn to uphold the law, you have only to do so,” the letter read.

The state prison service, FSIN, said in a statement that Navalny would be transferred to a hospital for convicts located in another penal colony in Vladimir, a city 180 kilometers (110 miles) east of Moscow. According to the statement, Navalny’s condition is deemed satisfactory and he has agreed to take vitamin supplements. Navalny’s allies have called for a nationwide rally on Wednesday, the same day that President Putin is scheduled to deliver his annual state of the nation address, reported AP.