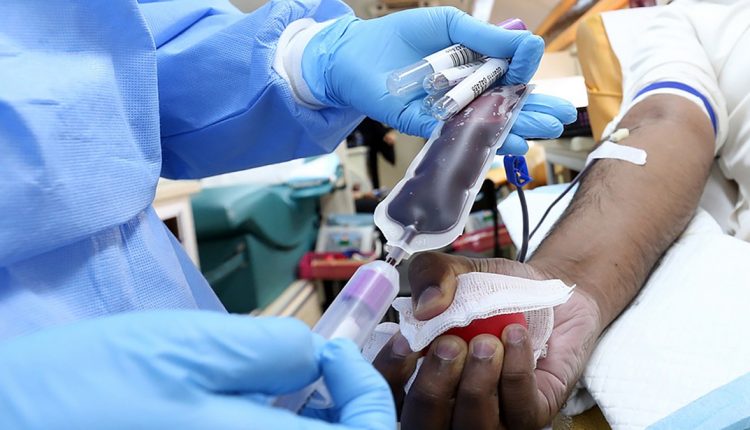 Recent reports revealed that a 52-year-old Bengaluru doctor aka Dr Srikanth V donated convalescent plasma for the ninth time on Thursday. Yes, helping the COVID-19 patients, the senior consultant plastic surgeon from Manipal Hospitals has donated plasma nice time. He was found COVID-19 positive in August 2020, and after recovering from the infection, he has been a regular plasma donor with the hospital’s blood bank after donating plasma multiple times. The spike protein antibody levels are checked before the donation.

Convalescent Plasma therapy is given to patients who do not recover even after oxygen and ventilators. Many medicines and plasma therapies are being used to protect such patients. Plasma therapy is also undergoing trials because there is no coronavirus drug and cannot be considered a drug or vaccine, so it is being called a trial. Plasma is the almost-clear liquid part of blood and about 55% of our blood is plasma. The plasma of a person who has overcome an illness contains antibodies and protective proteins that fight diseases and antigens like viruses. This is called convalescent plasma. Who can be a donor in plasma therapy? In plasma therapy, plasma is isolated from blood and given to patients. When a large number of infected patients recover by beating COVID- 19, antibodies are made in their bodies. These antibodies are in the plasma present inside the person’s blood. When they are taken out and offered to a seriously infected person, they recover quickly. Recently the Health Minister of Delhi was offered a plasma. His health is improving very fast.

When Can Be Plasma Donated

Plasma can be donated up to 90 days after being infected with the coronavirus. According to the scientists, there is no use in giving plasma after this, because antibodies are getting in the body of the infected patient till a deadline. Indian scientists and doctors also agree with this medical study in England to a large extent. In a study of 436 patients by 10 medical institutes in Europe, it has been found that after giving plasma, antibodies are getting rapidly in the body of infected patients but they are disappearing after a certain time. Till now, it was said that under plasma therapy, any person can donate plasma with an interval of 15 days up to six months after recovering.

(The above story first appeared on Scoop Buddy on Apr 30, 2021 12:57 PM IST. For more news and updates on politics, world, sports, entertainment and lifestyle, log on to our website scoopbuddy.com).

Johnny Crawford Dies at 75; Actor Was Known for His Role in ABC Series the Rifleman