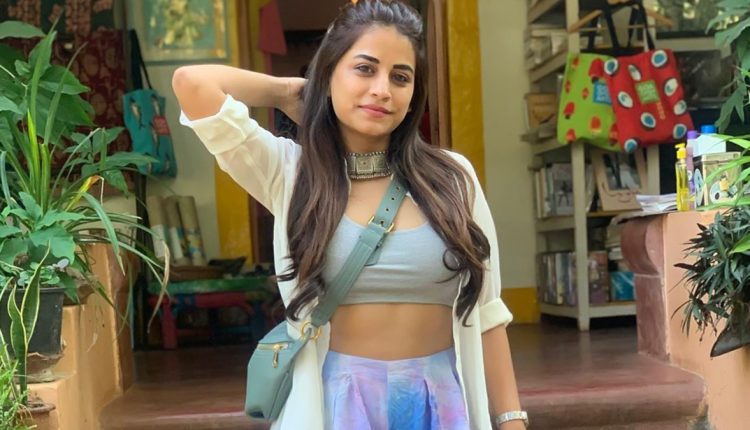 Bhumika Gurung: I Find It Exciting To Work Under Pressure

Actress Bhumika Gurung, who plays the role of Meera in Mann Ki Awaaz Pratigyaa 2, is not one to crumble under pressure. The actress says while acting, she never really is stressed by who she is sharing the screen with or how her character will be received by the audience. Gurdip Punjj Take on ‘Pawri ho Rahi Hai’: Actress Invites Fans to ‘Party’ on Her New Show ‘Humkadam’ on Ishara TV Channel.

“I’m not thinking about anything but the show when I am acting. I’m a confident person, I find it exciting to work under pressure. Honestly, it’s a task to make each character convincing but that’s my job. I’m adding my touches to Meera’s role but mostly I am going by the script because the character has been written very well on paper,” she told IANS. Gurdip Punjj Take on ‘Pawri ho Rahi Hai’: Actress Invites Fans to ‘Party’ on Her New Show ‘Humkadam’ on Ishara TV Channel.

Bhumika says she is happy to get roles that are close to how she is in real life. “I feel lucky to be offered characters that share similarities to who I am in real life. Meera is someone who believes in doing good for others. This is one trait that I also have,” she says. On the current scenario in the country, the actress says she is trying to do as much as she can to help others.

“It has impacted everybody’s life. I’m grateful to be in a better position than many who are suffering out there. I’m doing my best to help those in need and praying for everyone’s safety. I take this as a phase that hopefully would pass soon,” she says.

(The above story first appeared on Scoop Buddy on Apr 30, 2021 10:31 PM IST. For more news and updates on politics, world, sports, entertainment and lifestyle, log on to our website scoopbuddy.com).