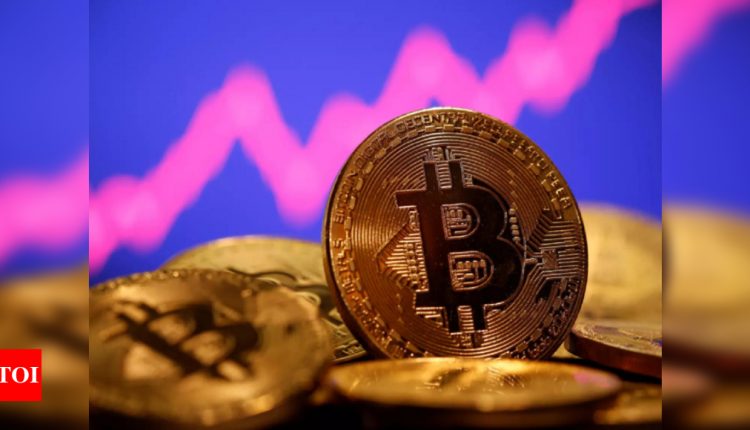 By admin On May 21, 2021
0
Share
MUMBAI: Indian crypto entrepreneurs are urging investors not to panic-sell assets like bitcoin and ether after prices crashed over 30% this week. According to cryptocurrency exchanges, investors should decide if they can sustain with locked funds for 3-4 years, and use only risk capital for what would be more of an allocation for long-term appreciation.
These digital exchanges facilitate trading for most of the 1 crore Indian investors in highly volatile cryptocurrency assets. Users of some of these platforms were unable to place their orders due to the high volume of trading on Wednesday. While investing or trading in cryptocurrencies is a legal grey area, Indians owned about Rs 10,000 crore worth of such assets as of February.
“The market faced a bull run for three months, but a correction has just kicked in. This was expected to happen as the stability of the industry decreased,” said Sathvik Vishwanath, co-founder and CEO of Unocoin, which — founded in 2013 — is one of India’s oldest crypto bourses.

“Corrections are normal in financial markets. Crypto markets especially see such ups and downs in prices. Investors should remain calm during such dips and look at long-term gains,” said Raj Karkara, CMO of ZebPay, which was founded in 2015.
Crypto entrepreneurs stressed that investors should allocate risk capital if one is entering or averaging. “Investors should make sure they use only risk capital, which they can afford to lose, so they are less likely to panic if it (correction) happens,” Karkara said.
Industry people said market crashes are not alien to cryptocurrencies, and that bull runs after corrections have given returns in multiples. “We have not seen a dip of this magnitude in crypto for long. It is unsettling but what we are seeing and the reason why most exchanges are under heavy load is because there are a lot of new people and a lot of buying pressure and that will help the markets to bounce back,” said Nischal Shetty, co-founder and CEO of WazirX, one of India’s largest crypto exchanges. WazirX faced an outage as it claims to have recorded a 400% surge in traffic on Wednesday compared to the previous month.
Crypto investors, who may be stuck at high prices, too should not panic-sell, according to them. “In these times, it is important for investors to decide if they can sustain with the locked funds due to a downtrend for 3-4 years and, if so, sitting tight appears to be the better option than going into a panic-sell mode,” Vishwanath said.
“Investors with a horizon of 2-3 years will make profit, and Wednesday’s drop was a paper loss and not an actual one as the market has recovered since then. Investors should wait for the next rally for profit-booking,” said Shivam Thakral, CEO of BuyUcoin, which was founded in 2016.
Crypto startups also said that regulation will help restore investor faith. “A strong remedy to restore investor faith in the alternate investment class will require the government to frame regulations to safeguard investor money. We have always advised retail users to make informed decisions after evaluating their risk-taking capabilities,” said Monark Modi, founder and CEO of Bitex, which was founded in 2018.
Investors must not succumb to FOMO (fear of missing out) while making investing decisions nor should they expect to make a quick buck, the exchanges added. “The best way to manage volatility and avoid emotional and financial extremes is to use rupee cost averaging and SIPs. Buy a little bit at regular intervals without trying to guess what the low is and without FOMO. This will give better returns in the long term,” Karkara said. Modi too said investors should not follow the trend of entering the crypto space when prices dip and exiting when they balloon, and instead have SIP plans to average out volatility cycles.
However, Nithin Kamath, founder and CEO of stock broker Zerodha, referring to the crypto crash in a series of tweets, said, “While it is tempting to average down, the odds of this strategy working are significantly low in the long run … The right way, for most people, is to not have concentrated positions.”
Bitcoin, the biggest cryptocurrency, gained over 300% in 2020 to about $30,000. The rally continued in 2021 as well and bitcoin hit a lifetime high of $64,000 in mid-April before crashing to a low of $31,000 on Wednesday. At its high, bitcoin had a market capitalisation of over $1 trillion with growing acceptance by Wall Street as a store of value, led by Elon Musk’s electric vehicle company Tesla.
The price has crashed over two main factors: First, Musk recently announced Tesla won’t accept bitcoin payments till its environmental concerns are addressed. Second, China’s central bank warned financial companies from facilitating cryptocurrency trades.
Bitcoin pared some of its losses after Musk’s tweet on Wednesday: “Tesla has diamond hands”, which indicated it is not selling bitcoin. At 10pm on Thursday, bitcoin was up 6% at $39,500. On Thursday, Franklin Templeton India’s chief investment officer Anand Radhakrishnan tweeted: “What good is a fall, if the price is still 90% higher than where it was 6 months back & significantly higher than a year back. Call it a blip! #crypto”.