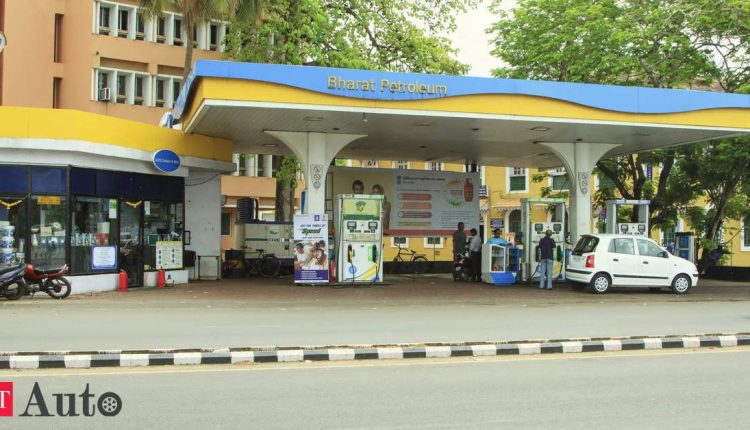 Bharat Petroleum Corporation (BPCL) will soon float a tender for a 20 MW electrolyser to build the country’s largest green hydrogen plant as it aims to achieve net-zero emissions for its operations by 2040, its chairman Arun Kumar Singh has said.

BPCL is working out the details and aims to firm up its net-zero roadmap by next March, Singh told ET in an interview.

“It will cover all our operations, including refineries, pipelines, depots, and bottling plants, but will not include customers’ or suppliers’ emissions,” he said.

Climate change concerns have pushed most major economies and several companies to set a net-zero greenhouse gas emissions target for themselves. Oil majors BP and Shell plan to turn net-zero by 2050 while Reliance Industries, India’s largest company by market value, has set a target to achieve this feat by 2035.

BPCL currently uses 650 MW of energy, including 550 MW of grid power and internal gas turbine generation power, which is expected to rise to 1,000 MW by 2027, after factoring in green hydrogen obligation. The company aims to meet the entire 1,000 MW requirement using renewable sources, Singh said.

BPCL will put up 20 MW electrolyser at its refinery in Bina, Madhya Pradesh to produce green hydrogen. This will be double the size of GAIL’s recent tender for 10 MW electrolyser, the largest so far.

“The 20 MW electrolyser is a pilot for us,” Singh said. “We will not wait until long to float another tender for capacity expansion. As costs come down, we will seek more electrolysers, probably much bigger than this.”

Green hydrogen should make up 10% of the overall hydrogen requirements of refiners in three years, increasing to 25% by the end of the decade, as per a government proposal.

“While our refineries in Mumbai or Kochi may have space constraints, Bina has ample space to accommodate enough green hydrogen making capacity to meet the mandate for the entire company,” the company chairman said.

Due to space constraints at many refineries, state-run oil companies have urged the government to impose an overall green hydrogen use mandate for each company, rather than for each refinery site.

BPCL is also preparing itself for a future when electric vehicles are expected to become popular and eat into fuel sales. The company aims to set up 7,000 EV charging stations over the next few years.

Indian Oil, HPCL and BPCL together plan to set up 22,000 EV charging stations, about a quarter of the current fleet of 80,000 petrol pumps.

The three suitors — the Vedanta group, Apollo Global Management and I Squared Capital — are talking to global energy giants and sovereign and pension funds, but haven’t been able to finalize partners, the people said, asking not to be identified as the deliberations are private.

Recently, BPCL has approved the scheme of amalgamation of Bharat Oman Refineries Ltd with the company. Regarding the merge of the Bina oil refinery, BPCL said it will help cost optimisation in the purchase of crude oil.

Elon Musk’s Starlink too fast for Indian bureaucracy, will need a license to operate in the country