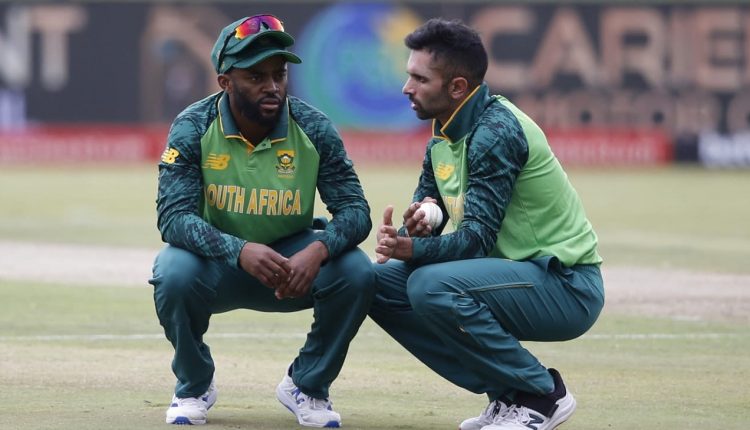 Breaking down the breakdown of Cricket South Africa

Will there be no South Africa in international cricket? If yes, why? Is there no way things can change?

South Africa’s sports minister Nathi Mthethwa is on the verge of derecognising Cricket South Africa (CSA), and if that happens, CSA will not be the body that officially runs cricket in the country. That is exactly as big a deal as it sounds like, and it’s been a long time coming. Here, we try to make sense of what’s happened and why.

Is it the end of cricket in South Africa?
It’s possible, at least for a while. If the government gazette containing the minister’s proposed interventions is published, then CSA will no longer be officially recognised as the game’s governing body in the country, and can no longer claim to be in charge of national teams or to hand out national colours.

So South Africa won’t have national cricket teams anymore?
Potentially, yes. If CSA is no longer recognised, then existing structures, as we know them, would cease to exist. Another governing body could, possibly, be formed but it would need to be recognised by both the South African sports ministry and the ICC in order to represent South Africa in international cricket.

That sounds… massive!
Yes, because this could, for example, mean sponsors and broadcasters walk away and once they do, it’s going to be difficult to get them back even if cricket does manage to get itself back on its feet. And the ripple effect will ultimately be felt not only by the players but by the broader community that makes a living off cricket. Think the stadium security guard or vendor or schools’ and development coaches.

Who’s going to run cricket in the country if not CSA?
Who knows? It’s difficult to know how things will work if the governing body is not recognised. This has not happened to a sport in South Africa to date and is not something cricket has dealt with at its highest, most prominent levels.

Hang on, remind me – why is this happening?
Essentially because some administrators are against having a new CSA board, which has a majority of independent members. Specifically, there are five presidents of provincial associations on the members’ council, who do not want to agree to having this majority independent board and have not fully explained why.

You’re losing me. What is the members’ council?
There are two centres of power in CSA: 1. the board of directors, who resigned last year and have been replaced by an interim board put in place by the government, and 2. the members’ council, which is made up of the 14 provincial presidents and has the highest decision-making authority in the organisation. Some of these presidents also sat on the resigned board and will sit on a new board (but not all of them). Following?

Just about. Go on.
Now, prior to the board’s resignation, seven of the members’ council sat on the board, which had five independent directors. The new proposal for the composition of the board – which dates back to 2012, when CSA had another governance review following the Gerald Majola bonus scandal – suggests four members’ council presidents and seven independents. In short, the members’ appears to be unhappy that their representation on a new board is cut and is trying to cling to that power, though we don’t know for sure because they haven’t explained much. Probably important to note at this point is that board members earn Rand 450,000 (US$ 31,500 approx.) a year for attending meetings and enjoy several privileges including traveling to games.

Okay, so it’s a power struggle in which the government has now gotten involved.
Long story short, yes.

Hasn’t this been going on for a while?
Forever, it would seem.

That long story is that the problems stem from the failed T20 Global League in 2017, which saw the exit of then-CEO Haroon Lorgat. Enter Thabang Moroe, under whom CSA spiralled into several crises including a high-profile disagreement with the South African Cricketers Association, issues with broadcasters, and various governance issues. A forensic report found that Moroe had spent large amounts of board money on alcohol and service providers who did not deliver those services. Moroe has since been dismissed and the board that appointed him resigned (though some of them are still part of the members’ council because… see above). But the effects of his time in charge remain. CSA is facing serious financial losses that will run into millions of Rands.

In trying to sort out this mess – with the involvement of the South African Sports Confederation and Olympic Committtee (don’t ask, but this might help) – South Africa’s sports minister Nathi Mthethwa has intervened. Last November, he imposed an interim board on CSA, which was tasked with, among other things, putting in place the framework for a majority independent board. Which brings us back to today.

You said something about a government gazette needing to be published for this to happen…
Yes, in theory, CSA continues to be the officially recognised governing body for cricket in South Africa until the gazette carrying the minister’s acts is published. That usually happens on Fridays, which means that April 30th (next Friday) is the date when CSA could officially ceases to be recognised. Things could change between now and then, of course, because it’s possible that the members’ council agrees to that board composition within the week, but we’re right at the very edge.

Battlefield Mobile coming in 2022: Here’s what you need to know