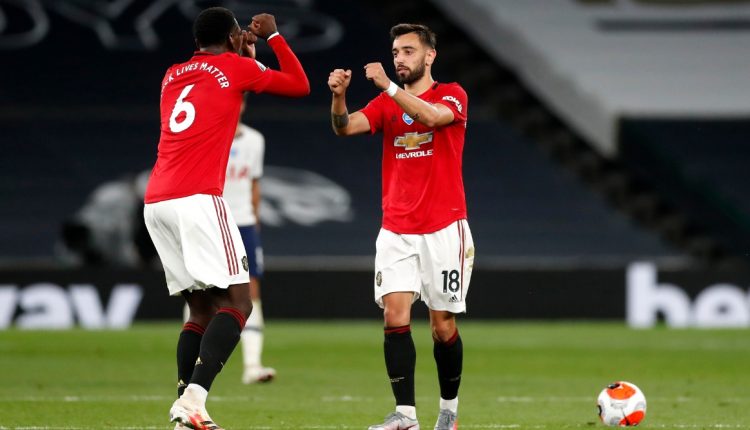 Manchester United has been fairly good with their form in recent times. Later tonight the Red Devils will take on Roma in the second leg of the Europa League 2021 at the Stadio Olimpico. Ahead of the game, Manchester United midfielder Bruno Fernandes took to social media and looked quite confident of winning the second leg of the fixture. The Portugal star posted a picture of himself on social media and wrote, “We got a great result last week but this isn’t finished yet! We’re going to Rome to win the game.” ROM vs MUN Dream11 Prediction in UEFA Europa League 2020–21: Tips To Pick Best Fantasy XI for AS Roma vs Manchester United Football Match.

Now, let’s have a look at the picture posted by Manchester United’s Bruno Fernandes:

We got a great result last week but this isn’t finished yet! We’re going to Rome to win the game. 💪 pic.twitter.com/iUi2kYgLBl

Manchester United is quite impressed with young talent Anthony Elanga. “He is impressing everyone because he is a really nice kid,” he said during the pre-match presser. He further said that. Anthony needs to focus on what he has to do and then can have a good future with the Red Devils.

(The above story first appeared on Scoop Buddy on May 06, 2021 10:37 PM IST. For more news and updates on politics, world, sports, entertainment and lifestyle, log on to our website scoopbuddy.com).