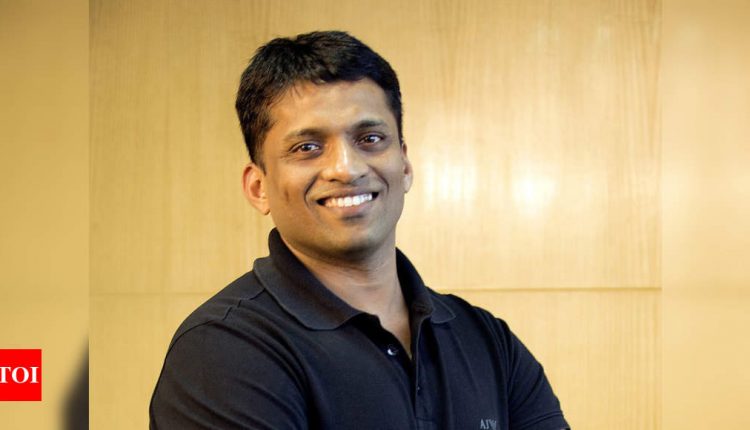 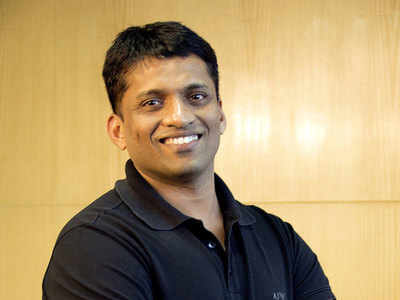 The Bangalore-based startup was founded by Byju Raveendran. (File photo)

NEW DELHI: Byju’s, India’s online education pioneer, is raising about $150 million from UBS Group AG at a valuation of about $16.5 billion, multiple people familiar with the deal said. The funding will make it India’s most-valuable startup.
An entity that is part of UBS Asset Management is making the investment. It is in discussions to invest additional money, which would take its total investment in Byju’s to about $300 million, the people said, who asked not be identified as the negotiations are private. The startup could rope in another backer to take the fresh funding to $400 million, one of the people said.
Byju’s recently raised about $1 billion from Facebook Inc co-founder Eduardo Saverin’s B Capital Group as well as Baron Funds and XN, Bloomberg News reported earlier this month citing a person familiar. India’s startup industry has been birthing unicorns, private companies valued at $1 billion or more, at a breathless pace. The UBS investment will take the valuation of Byju’s past digital payments startup Paytm, which was last valued at $16 billion.
The online education startup, officially called Think & Learn Pvt, has amassed a large roster of investors including private equity giant Silver Lake Management, Owl Ventures and T Rowe Price, alongside earlier investors like Facebook founder Mark Zuckerberg’s Chan-Zuckerberg Initiative, Naspers Ltd and Tiger Global Management. Education technology is a hot segment for global investors, with at least two more startups expected to become unicorns this year, taking the total edtech unicorns to four.
A spokeswoman for Byju’s declined to comment on the fundraising or valuation. A UBS spokeswoman declined to comment. Musaab Javed, a money manager at UBS, negotiated and structured the investment, a person with knowledge of the matter said.
The Bangalore-based startup was founded by Byju Raveendran, a former tutor whose parents were also teachers. Raveendran, 39, owns about a third of the company.
In a recent interview, Raveendran said the pandemic had dramatically altered parents’, teachers’ and students’ acceptance of online learning. The startup’s eponymous K-12 app, which brings in the bulk of its revenues, has over 80 million registered users in India who grasp math and science fundamentals through animated games and videos featuring tutor demos.
In recent months, Byju’s has quickened the pace of acquisitions including a company teaching one-on-one coding to school goers in markets like the US, Latin America and Australia besides India. It bought another that specializes in offline test-prep classes for Indian school graduates aspiring to enter ultra-competitive engineering and medical schools.
After reaping a windfall from the pandemic-fueled online learning boom in its home country, Byju’s has hastened its push into international markets by renaming the coding lessons unit Byju’s Future School. Its one-on-one coding and math lessons are now available in the US, UK, Australia, as well as Mexico, in Spanish, and in Portuguese in Brazil. It’s expanding its subject repertoire to add music, English and the creative arts.