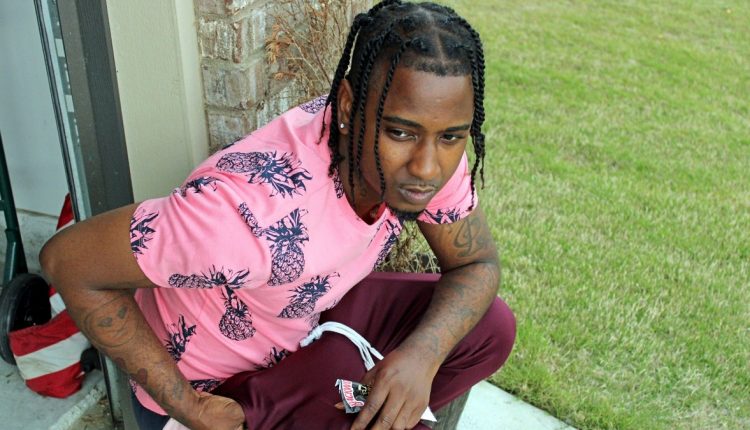 Caribbean hip-hop icon Inky is making waves on social media with the release of his latest music video, Hold a 100, featuring Coogiilo. Just recently, the music video reached a staggering 100k views, making his song one of the most viewed rap videos in the past weeks. His latest milestone is considered a foretaste of what is to come as fans of the rising music artist patiently await the release of his upcoming mixtape.

Inky’s relatable lyrics are one of several reasons why hip-hop fans have a deep appreciation for his craft. The artist has survived many life challenges in the past years, and the lessons he learned are clearly reflected in his music. Fans can easily relate and connect with the emotions he portrays, and it gives them a sense of belongingness, realizing that they are not alone in their personal struggles.

“My main product is my music and its authenticity; the way it touches people on a global scale is just remarkable,” shared Inly. “I’m originally from the Caribbean, so my music is planted back home, getting everyday people through their lives, whether it’s a 9-5 hustle that they hate or just college. I often refer to my music as a potent stress reliever. Once you plug your earphones in, you’re in another world. You will forget about the hardships of the day, and now you’re in my zone, my creative space, where I take control of your wandering mind through my lyrics,” he added.

Apart from his unquestionable passion for music, Inky was inspired to pursue his music career by the likes of Jay-Z and Dame Dash, music artists who worked tirelessly to build their personal brand and become very successful at it. By also looking at Kanye West and Nas, who transitioned to developing their own businesses aside from growing their music careers, Inky also wants to take that path and explore other possibilities out there. He is strongly thinking about coming up with a unique brand that will appeal to a wide audience, something that will impact lives positively long term.

Establishing his own music label someday is something that Inky aims to do in the next five years. By then, he envisions himself at the height of his hip-hop career and would have fully established himself as a serious and respectable music industry in the business. In a few years, he wants to start helping out aspiring artists who want to make a name for themselves in the music industry while he also focuses on being the CEO of his company. Teaching new artists how to avoid pitfalls in the industry is his way of preparing them for a solid career that will allow them to thrive and accomplish their dreams.

Through his life story, Inky hopes to make a difference in the lives of people who are on the brink of giving up on their dreams. Just as he has survived the darkest seasons in his life, he wants to encourage others that they, too, can make it happen. He hopes to make his music a source of hope for people who are ready to throw in the towel and stop pursuing their dreams. While he admits that the road to success is not easy, Inky is confident that the right attitude and amount of hard work will always pay off. And if he can make possibilities come to life, others can as well.