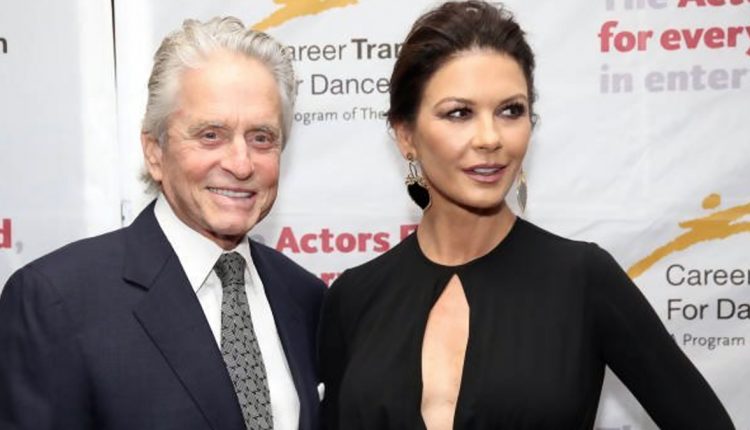 Hollywood star Catherine Zeta-Jones has revealed that her actor-husband Michael Douglas has advised their two children against pursuing a career in acting. The star couple, who have been married since 2000, are parents to 20-year-old son Dylan and 18-year-old daughter Carys. Talking to actor Drew Barrymore on her show, Zeta-Jones said Douglas, 76, believes that it is difficult for newcomers, who have star parents, to make a mark in the business, reported Entertainment Tonight. Catherine Zeta-Jones Remembers Her Oscar Performances Ahead of the 93rd Academy Awards.

“Michael has said what it is like to be ‘the daughter of’ in the same industry, which I guess is similar if you are in business,” Zeta-Jones, 51, said. “If you are successful in business, it’s not an easy way in. In fact, one has to prove oneself more,” she added. Catherine Zeta-Jones: Was Lovely Having My Family Home Amid the COVID-19 Pandemic.

However, both Dylan and Carys are still passionate about acting and want to nonetheless pursue it, the actor said. Zeta currently features in the second season of Fox’s serial killer drama “Prodigal Son”.