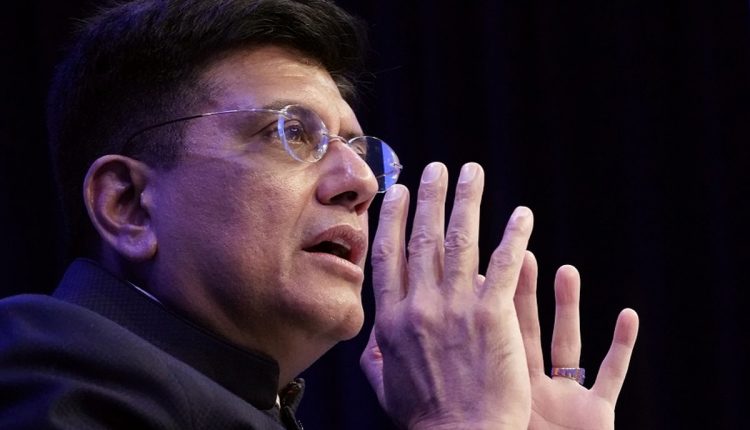 A war of words broke out between the Union government and the Uddhav Thackeray-led Maharashtra government over the the supply of oxygen and Remdisvir injection amid worsening coronavirus crisis in the state.

In a series of tweets, Union Minister for Commerce and Industries Piyush Goyal lashed out at the Maha Vikas Aghadi (MVA) government, run by Shiv Sena, NCP and Congress, for trying to create a narrative around the supply of oxygen.

He said Maharashtra has so far received the highest quantity of oxygen in India and the Centre is in regular touch with state governments to assess their needs. “Maharashtra is suffering from an inept and corrupt government and the Centre is doing its best for the people. People of Maharashtra are following ‘Majha Kutumb, Majhi Javabadari’ dutifully. It is time the CM (chief minister) also follows his duties in the spirit of ‘Majha Rajya, Majhi Javabadari’,” the commerce and industry minister said.

Just yesterday, PM in his review told that centre & states should work with synergy in this crisis.With this background, shocked and saddened to see petty politics being played by @OfficeOfUT. He needs to stop his daily dose of shameless politics and take responsibility.

He said the Prime Minister in his review spoke about the need for the Centre and states working with synergy in this crisis. “With this background, shocked and saddened to see petty politics being played by @OfficeOfUT (Uddhav Thackeray). He needs to stop his daily dose of shameless politics and take responsibility. Saddened to see @OfficeOfUT’s gimmicks on oxygen. GoI (government of India), with all stakeholders, is ensuring maximum oxygen production in India. We are currently producing 110 per cent of Oxygen generating capacity and diverting all available Oxygen from industrial use to medical use,” he added.

Union Health Minister Harsh Vardhan said he has reassured the Maharashtra CM of adequate and uninterrupted supply of medical oxygen and other related infrastructure, adding 1,121 ventilators are also being rushed to the state.

Spoke to #Maharashtra CM Sh Uddhav Thackeray JiReassured @OfficeofUT of adequate & uninterrupted supply of medical oxygen & all possible support w.r.t healthcare infra, medicines & therapeuticsAdditional 1,121 ventilators are also being rushed to them given the surge in cases.

He said discussions were also held regarding further stringent actions to be taken for containment, surveillance and treatment of COVID-19 cases. “Reiterated the need to focus on the 5 pillars “Test, Track, Treat, Covid Appropriate Behaviour & Vaccination” to tide over the emergent health crisis,” Vardhan said.

Earlier in the day, Maharashtra minister and NCP leader Nawab Malik said the Centre has asked some export companies not to supply the Remdisivir drug to the state and warned them of cancelling their licence if they failed to comply with the directive. “It is sad and shocking that when Government of Maharashtra asked the 16 export companies for #Remdesivir, we were told that Central Government has asked them not to supply the medicine to #Maharashtra.

These companies were warned, if they did, their license will be cancelled

Stating that this is a dangerous precedent, Malik further said, “…and under these circumstances, Maharashtra Government will have no choice but to seize the stock of Remdesivir from these exporters and supply it to the needy.”

It is sad & shocking that when Government of Maharashtra asked the 16 export companies for #Remdesivir, we were told that Central Government has asked them not to supply the medicine to #Maharashtra.These companies were warned, if they did, their license will be cancelled(1/2)— Nawab Malik نواب ملک नवाब मलिक (@nawabmalikncp) April 17, 2021

Union Minister of State for Chemical and Fertilisers Mansukh Mandaviya then hit out at Malik saying the latter’s tweets are full of half truths and his threats are unacceptable.

“It is full of half truths and lies and the threats issued are unacceptable. He is unaware of the ground situation. GoI has been in active contact with officers of GoM and is assisting with supply of Remdesivir in every manner.”

He further said the Centre is doubling the production in the country and ensuring adequate supply of Remdesivir to the people of Maharashtra remains the government’s priority. “…have given express permission to more 20 Plants since 12-4-2021 to manufacturers. As per the Government’s record, there is only one unit of EoU and one in SEZ. We have reached out to all the Manufacturers of Remdesivir. No such consignment is stuck.”

“I request you to share the list of these 16 companies, availability of stock and WHO-GMP with them. Our Govt is committed to do everything to help our people,” said Mandaviya.

Sources in the Union government said the everyday taunts of the Maharashtra government and allegations against Prime Minister Narendra Modi and his council of Ministers were proving to be truly petty and untrue.

Sources in the Centre said every time there is a crisis regarding COVID-19 in Maharashtra, there is a deliberate attempt to put the blame on the Union government. The Centre has hand-held every state in this hour of crisis and also in the past when coronavirus cases were surging. On several occasions, Central health teams have been dispatched to Maharashtra to control the crisis, including the surge witnessed in Dharavi, considered Asia’s largest slum, last year.

“At that point too, the MVA government had spoken in different tones. While Shiv Sena leaders continue to allege non-cooperation from the Centre, its ally the NCP speaks a different tone. NCP supremo Sharad Pawar recently said that all help was coming in from the Centre, a must in the fight against the pandemic,” the source added.