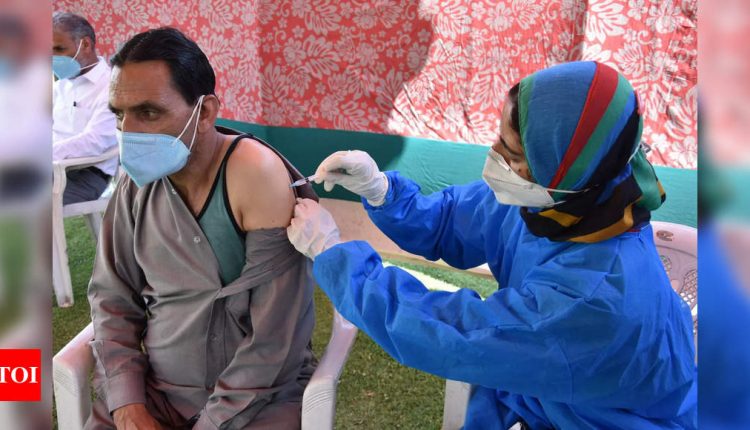 Centre, states’ fiscal position to be better if there is no third Covid wave: SBI report

By admin On Jun 14, 2021
0
Share
MUMBAI: If there is no third wave of the pandemic, the fiscal position of the Centre and the states will be much better than budgeted for FY22 and the states may garner Rs 60,000 crore more in tax collections at Rs 8.27 lakh crore this fiscal year than they have budgeted, a report said.
The report by SBI Research on Monday bases its optimism on GST collection so far this fiscal, which has been the best ever in spite of the fact that the two months bore the maximum brunt of the second wave — with April setting a record Rs 1.41 lakh crore and May collection a tad low at Rs 1.03 lakh crore.
The report also said overall government finances do not look overstretched as GST collections have continued to maintain pace so far and the additional fiscal impact arising from free vaccination and more food supplies will only be around Rs 28,512 crore.
The states, even amidst the lockdowns, have budgeted for a 31 per cent GST revenue growth this fiscal at Rs 6,38,007 crore, according to the SBI Research.
In FY19, the same had jumped 46 per cent, on base effect to Rs 4,90,136 crore from Rs 3,34,849 crore, which in FY20 declined 0.4 per cent to Rs 4,88,230 crore and was flat in FY21 at Rs 4,88,015 crore.
For FY22, the states have budgeted for a compensation cess of Rs 1.28 lakh crore and combining their estimates for SGST and cess, the states are sticking more or less to the 14 per cent revenue growth rate projections.
But the Centre has budgeted only Rs 1 lakh crore for FY22 as GST compensation cess and has said it will borrow an additional Rs 1.58 lakh crore to pay the states and has pegged the total compensation for the states this fiscal at Rs 2.7 lakh crore.
Despite the lockdowns, actual GST collections started on a promising note with April collection setting a new record of Rs 1.41 lakh crore and May at Rs 1.03 lakh crore, which is nothing but stupendous.
While the average SGST collection was Rs 29,137 crore for April-May, average IGST collection was Rs 60,840 crore — 50 per cent of which should be given to the states, the average cess collection was Rs 9,355 crore.
“If we combined all these, the average monthly revenue for the states would be Rs 68,912 crore for this year and the yearly overall collection would be Rs 8.27 lakh crore, which is Rs 60,000 crore more than the combined budget estimates of Rs 7.67 lakh crore by the states,” says the report.
This means that if this revenue trend continues, the Centre may not have to borrow much of any additional amount to compensate the states, even though the budgeted cess figures of the states are higher than the Centre’s estimates.
Even if there is only 42 per cent devolution from IGST, if the given trend continues the Centre would not have to borrow any additional amount, or at best a lower amount to compensate the states and UTs whose data we could not find, it added.
Alternatively, if average SGST falls to Rs 27,000 crore, and IGST is devolved at 42 per cent, then states can see a shortfall of Rs 24,513 crore only. Again, if IGST collection also falls simultaneously to Rs 50,000 crore monthly average, then combined with 42 per cent devolution, the shortfall could be Rs 79,147 crore.
If the Centre uses the IGST amount then only Rs 31,147 crore would have to be borrowed. Thus, all in all Centre’s borrowing programme is not going to take a significant hit on account of compensating states, unless a catastrophic third wave occurs which halts all activity, according to the report.
Meanwhile, the report said the additional expenses along with the free food scheme till November will cost an additional Rs 13,851 crore and Rs 91,000 crore, respectively only if vaccines are not imported.
Again, the Centre has budgeted an excise revenue of Rs 3.35 lakh crore this fiscal but if it continues to levy the same taxes as of now based on assumptions of petrol and diesel, excise revenue could increase by Rs 76,339 crore over the budgeted estimate.
Thus overall the government’s finances do not look overstretched as GST collections have continued to maintain pace. “We expect a fiscal impact of around Rs 28,512 crore currently because of all these measures,” it added.
As far as vaccination is concerned around 60 per cent of the population is 18+. This translates into around 81 crore people who are to be vaccinated under the current policy, the report noted.
If two dose vaccines are considered then 162 crore doses are needed. Already 25 crore doses have been given. So, 137 crore more doses are needed. If the Centre procures 75 per cent of these doses and administers them, then 103 crore doses are required and each dose at Rs 400, it translates into a fiscal cost of Rs 48,851 crore for 162 crore doses, as per the report.
However, the Centre had already budgeted Rs 35,000 crore; so, additional spending would be Rs 13,851 crore, it said.
0
Share FacebookTwitterGoogle+ReddItWhatsAppPinterestEmail