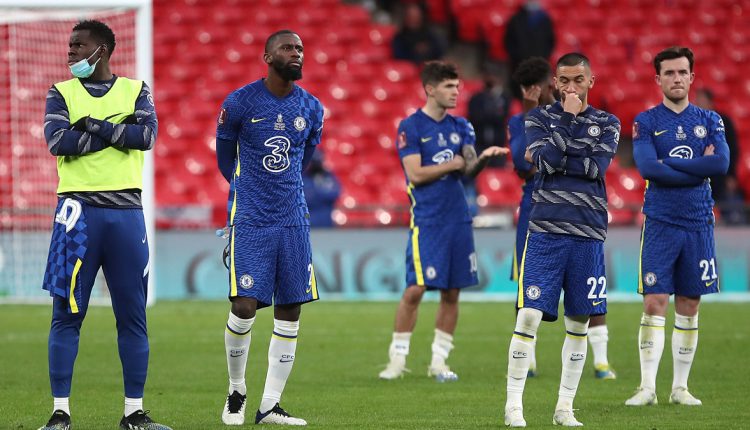 Thomas Tuchel has done a fantastic job in his first few months as a Chelsea manager but the Blues are staring at the possibility of seeing a successful campaign fall apart during the final few weeks. The German led the London side to FA Cup and Champions League finals along with guiding them into the league’s top four heading into the final stretch of the season but recent disappointments has left their season on a knife-edge. Leicester City Win FA Cup 2020-21, Beat Chelsea 1-0 in Final to Lift Their Maiden Trophy.

During his short tenure at Chelsea, where results mean everything, Thomas Tuchel has prioritised making the team more resolute, organised and efficient. A set-up that has paid dividends but the German’s winning machine has come to a screeching halt at the worst possible moment and could derail all the great work put in so far.

Saturday’s defeat to Leicester City at Wembley saw the Blues miss out on a great chance to win their first trophy since the 2017-18 season, where they won this competition.  This defeat to the Foxes saw Chelsea become only the second team after Newcastle United in 1998, 1999 to lose successive FA Cup finals.

This result comes after Chelsea’s disappointing loss to Arsenal in the Premier League, which has casted major doubts about them finishing in the top four. Thomas Tuchel’s men are four points ahead of Liverpool, who have a game in hand, but any further dropped points could see them slip up in the rankings and given they have to face Leicester City again makes it that more of a daunting task.

Thomas Tuchel’s Chelsea may not be attractive but they have been effective, however, the Blues are missing that cutting edge in recent games, which will be a cause for concern. The London club once again created a number of chances against Leicester but were unable to convert them and will need to address that issue ahead of their next meeting on Tuesday.

Champions League qualification is the bare minimum expected from Thomas Tuchel at Chelsea, who looked to be cruising towards that objective after the win over Man City but since, have been stopped in their tracks with back-to-back defeats, their first under the German manager.

Tuchel will be hoping that his team doesn’t come unstuck after guiding them from 10th to fourth in the league since taking over and could secure Champions League qualification without needing to win against Manchester City in the UCL final to book a place in Europe’s elite competition.

A season that expected to deliver glory on both the domestic and European front could soon turn sour if the Blues don’t get their act together. And depending on how Chelsea react to the recent setbacks, the final weeks could ultimately be the difference between the season being a success or a failure.

(The above story first appeared on Scoop Buddy on May 16, 2021 10:31 AM IST. For more news and updates on politics, world, sports, entertainment and lifestyle, log on to our website scoopbuddy.com).