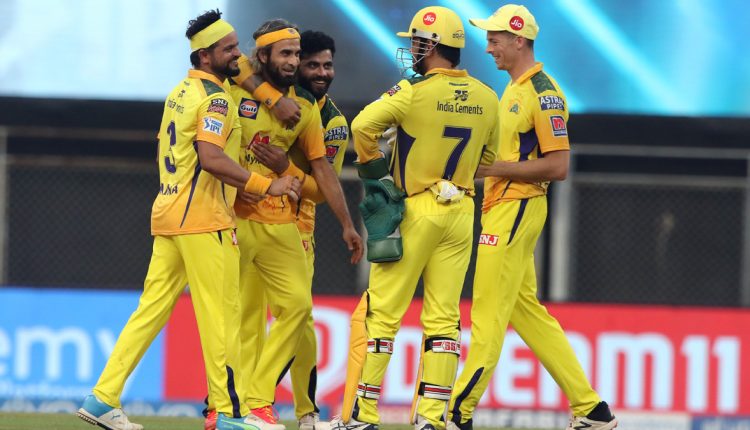 IPL 2021 leaders Chennai Super Kings (CSK) have reportedly informed the BCCI they won’t play their next match against Rajasthan Royals. CSK are scheduled to play RR at the Arun Jaitley Stadium in Delhi on May 5 (Wednesday). But as per reports, the CSK management have informed the BCCI they will only take the field once all those players, who came in contact with the two people that tested positive for COVID-19, completes their six-day isolation and also clear three tests. Two non-playing members of the Chennai Super Kings contingent, including bowling coach Lakshmipathy Balaji, have reportedly tested positive. IPL 2021: Doubts Over Matches in Delhi After CSK Bowling Coach Lakshmipathy Balaji Reportedly Tests Positive for COVID-19.

Reports of two non-playing members from the CSK camp testing positive broke after KKR’s Varun Chakravarthy and Sandeep Warrier tested positive for COVID-19. Following which the match between Kolkata Knight Riders and Royal Challengers Bangalore on May 03 (Monday) had to be postponed. The entire KKR contingent has been asked to quarantine while Delhi Capitals, who were KKR’s last opponents, are also isolating. IPL 2021: Delhi Capitals Contingent Isolating After Two Kolkata Knight Riders Players Test Positive for COVID-19.

The standard operating procedure (SOP) of the IPL requires all those, who came in close contact with infected persons, to be in isolation for six days and also clear three RC-PCR tests over a six-day period. Tests will be conducted on days one, three and on day six. Once a person clears all three tests only then their quarantine period ends.

A CSK official told the Indian Express, “The coach is asymptomatic. However, as per the BCCI’s Covid protocols, everybody who has come in contact with him will have to undergo a six-day quarantine. We can’t play our next game (against Rajasthan Royals). The BCCI knows about the testing protocols and how many tests need to become negative before an all-clear is given. We have communicated it to the BCCI. They will have to reschedule the game between CSK and Rajasthan Royals.”

Six-day isolation for the Chennai Super Kings contingent will also mean their match against Sunrisers Hyderabad on May 07 (Friday) will have to be rescheduled as it falls within the six-day period. The positive cases in the CSK camp have also put Mumbai Indians on alert as they were CSK’s last opponents and the two teams played on May 1 (Saturday).

(The above story first appeared on Scoop Buddy on May 04, 2021 09:12 AM IST. For more news and updates on politics, world, sports, entertainment and lifestyle, log on to our website scoopbuddy.com).

Audrey Hepburn Birth Anniversary: Did The Late Actress Drape A Bedsheet To Resemble A Saree For Breakfast At Tiffany’s? (Watch Video)