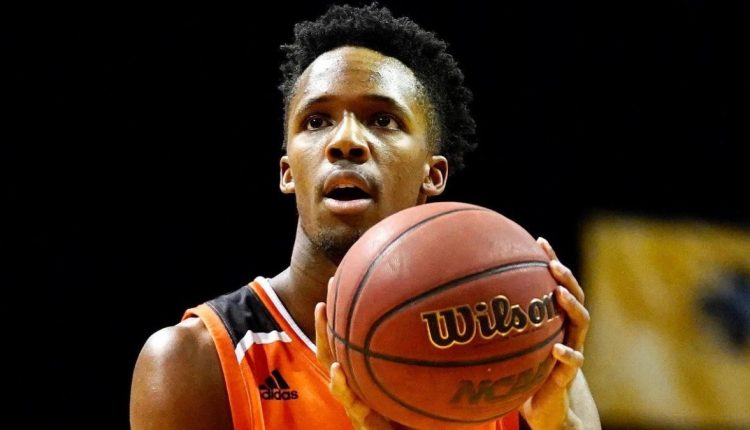 Chidi Udengwu Jr. on His Fervent Basketball Journey and the Recent Release of His Podcast

Before making it to the NBA draft, Chidi Udengwu Jr. had to go through his fair share of setbacks. Because of how turbulent his journey had been, he was able to walk away with a deeper understanding of his inner strength and greatness. Through his previous experiences, he wants to inspire aspiring basketball players and other athletes to never give up on their dreams.

Although greatness is manifested in different ways, one of its hallmarks that has stood the test of time is the ability to overcome challenges. As a matter of fact, some of today’s most successful individuals had to hit rock bottom before they were able to reach the pinnacles of their respective careers. Such is the case of Chidi Udengwu Jr., an up-and-coming Nigerian basketball player dominating his field.

Widely acknowledged for being a man of steel, Chidi Udengwu Jr. dealt with a lot of hardship early on in his career that would have left other dreamers disheartened and dejected. However, this go-getter used his experience as fuel to motivate him and become the best player he could be.

Although the sports industry is already saturated with brilliant players and outstanding athletes, Chidi Udengwu Jr. still manages to take center stage with his incomparably resilient mindset. One of the things that made him stand out was that there were not many other Nigerians who did what he did or came from what he came from.

Most Nigerian Division 1 basketball players are always expected to make it to the NBA, but Chidi Udengwu Jr. faced an arsenal of challenges that nearly prevented him from reaching that point. At one point, he was cut from his middle school basketball team in both years, and he did not make the high school varsity basketball team until his senior year.

As someone who refuses to back down from any challenge, Chidi Udengwu Jr. continued to take his basketball dreams to greater heights. He went to a prep school for one year and then followed this up with a stint at San Bernardino Valley College for two years before attending Idaho State University for another two years. It was at Idaho State where his sporting career finally began to take off.

Standing at the helm of a flourishing career, Chidi Udengwu Jr. takes pride in being a Nigerian more than anything else. On top of that, his family is also the driving force behind his endeavors and pursuits. “Wearing my family, country, and culture on my sleeve has been vital to me,” the rising Nigerian athlete said.

Currently, Chidi Udengwu Jr. is unstoppable at his game as he continues to be relentless with getting to the NBA or G-league level. However, he decided to shake things a bit by doing something besides his everyday onslaught of training hard with many trainers. Last summer, this ball of fire created his own podcast called “ChitChatWithChidi.”

“Public speaking has always been natural and exciting to me. After I gave my commencement speech in 2017 in front of more than six thousand people at SBVC, I knew that public speaking is a business path I would want to go down,” the athlete remarked.

With his skills in basketball and passion for public speaking, Chidi Udengwu Jr. appears to have no plans of slowing down anytime soon. In the coming years, he envisions himself in the NBA or G-league as the first player from “Enugu State” in Nigeria. Above anything else, he wishes to create a platform that would bridge the knowledge and culture gap between the youth in Nigeria and the ones in the United States.

Ruhi Singh: Tough to Make Space in Bollywood If You’re From a Small Town