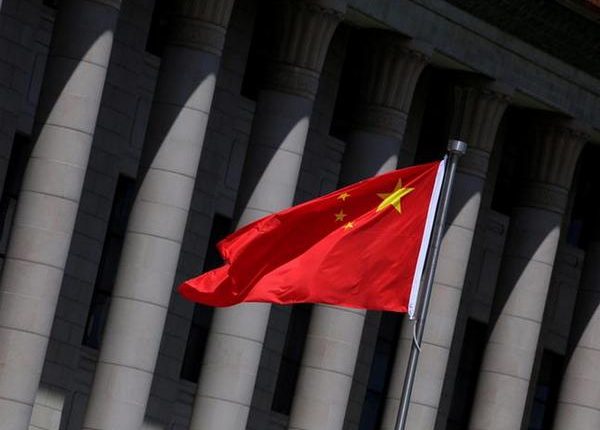 Paris, April 21: China continues to take internet censorship, surveillance and propaganda to unprecedented levels making it one of the world’s worst countries for journalists and the ‘biggest jailer’ of scribes, according to a latest report by Reporters Without Borders (RSF).

Al Jazeera reported that in its annual press freedom index, published on Tuesday, the global watchdog also highlighted an increase in repression and attacks on journalists worldwide during the COVID-19 pandemic.

The index examines the press freedom situation in 180 countries and territories, and RSF said its data showed that journalism is “totally blocked or seriously impeded” in nearly three-quarters of the countries evaluated, making it even harder for people to access proper information at a time of a health emergency. Norway, Finland, Sweden, Denmark and Costa Rica were ranked highest for press freedom. Indonesian Navy Submarine Missing With 53 Crew Members on Board; Indonesia Seeks Help from Australia, Singapore.

“Journalism is the best vaccine against disinformation,” RSF Secretary-General Christophe Deloire said in a statement accompanying the report. “In response to the virality of disinformation across borders, on digital platforms and via social media, journalism provides the most effective means of ensuring that public debate is based on a diverse range of established facts.”

According to the report, just as Covid-19 emerged in China (177th) before spreading throughout the world, the censorship virus – at which China is the world’s undisputed specialist – spread through Asia and Oceania and gradually took hold in much of the region.

“This began in the semi-autonomous “special administrative region” of Hong Kong (80th), where Beijing can now interfere directly under the national security law it imposed in June 2020, and which poses a grave threat to journalism,” the report read.

The report also noted that President Xi Jinping has taken online censorship, surveillance and propaganda to unprecedented levels since he became China’s leader in 2013. The Cyberspace Administration of China (CAC), an agency personally supervised by Xi, has deployed a wide range of measures aimed at controlling the information accessible to China’s 989 million Internet users.

“The regime is also expanding its influence abroad with the aim of imposing its narrative on international audiences and promoting its perverse equation of journalism with state propaganda. And Beijing has taken advantage of the Covid-19 pandemic to enhance its control over online information even more,” the report stated.

In 2021, China continues to be the world’s “biggest jailer of press freedom defenders”, RSF said, with more than 120 currently detained in the country, “often in life-threatening conditions”.

Media outlets report that as many as seven journalists are still being held for their COVID-19 pandemic coverage, and more than 450 social media users were briefly arrested for sharing “false rumours” about the event.

Al Jazeera further reported that since the emergence of COVID-19, Chinese authorities have tightened their grip on news and information, with seven journalists still being held for their coverage of the pandemic. Lawyer-turned-journalist Zhang Zhan is among those in prison.

She was found guilty in December of “picking quarrels and provoking trouble” for her reporting on the pandemic in Wuhan, where the novel virus was first detected.

According to the news outlet, the censors shut down websites, block access to IP addresses, filter web pages and even block keywords on social media. In an earlier report from March, RSF said that the Cyberspace Administration of China (CAC) shut down nearly 130,000 social media accounts and more than 12,000 websites between January to September 2020. Hong Kong’s Biggest Phone Scam: 90-Year-Old Woman Duped Of US $32 Million By Fraudsters Posing as Chinese Officials; 1 Arrested.

The Chinese Communist Party (CCP) uses the standard operating procedures of “national security investigations” and surveillance systems to track and impose crackdowns on foreign journalists and they were subject to intimidation and harassment. According to a report by Jianli Yang in National Review, the CCP has a long history of monitoring and tracking foreign journalists reporting in China.

“The CCP has a long and thorough history of monitoring and tracking foreign journalists reporting in China. Even 2020, the year the coronavirus emerged from and peaked in China, was no exception. The state’s surveillance system, used to monitor and track the spread of the coronavirus, was also effective at tracking foreign journalists who covered events as they unfolded,” he wrote.

The Chinese dissident stated that for the third consecutive year, a survey conducted by the Foreign Correspondents Club of China (FCCC) has revealed that working conditions for reporters did not improve in any way. In 2020, just as the FCCC reported in 2019, foreign journalists, their Chinese colleagues, and all those whom they tried to interview were subjected to harassment, intimidation, and expulsion.