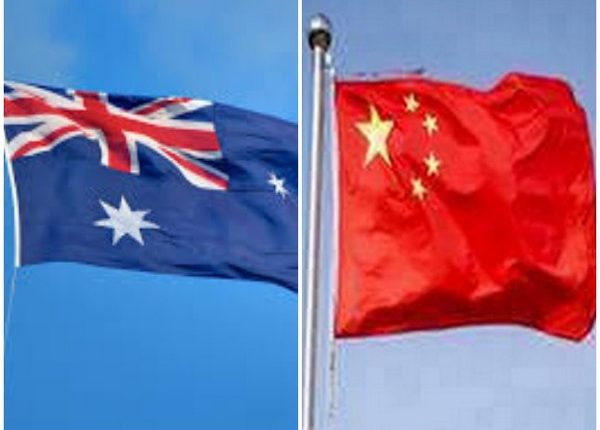 Beijing, April 29: China has hit back at Australia for making remarks that “instigate confrontation” after Australian Home Affairs Secretary Mike Pezzullo said “drums of war” are beating in the region. Beijing has accused Canberra of operating with a “Cold War mentality” against China.

He also said Australia had long benefited from its relationship with China, which in recent times has deteriorated since Australian Foreign Minister Marise Payne called for an investigation into the origins of COVID-19.

“As a country that has long benefited from cooperation with China, it is unethical for Australia to hype a China threat theory, nor is the allegation consistent with facts,” he said.

“It will end up hurting itself. We advise individual Australian politicians to abandon the Cold War mentality, stop making irresponsible remarks and do more to benefit regional peace and stability,” he added.

This retaliation comes after Pezzullo sent a message to staffers where he did not specifically mention China but said “the drums of war beat – sometimes faintly and distantly, and at other times more loudly and ever closer”.

Earlier this week, Defence Minister Peter Dutton warned potential conflict between the two nations “should not be discounted”.

While former Defence Minister Christopher Pyne also warned that the chances of war with China in the Indo-Pacific were rising.

This comes as tensions between China and Australia have escalated over a slew of issues. Australia recently cancelled agreements to participate in China’s Belt and Road Initiative, terming it as “inconsistent with country’s foreign policy”. China has dubbed Australia’s decision to scrap the controversial Belt and Road Initiative (BRI) agreement with Beijing as “unreasonable and provocative”, warning that this would further “damage” bilateral relations.

Sino-Australian relations have been in a downward spiral since April last year when Canberra infuriated Beijing by proposing an independent international inquiry into the origins of the Covid-19 pandemic.

Canberra has been locked in an ongoing trade war with Beijing for several months, which has seen China slapping sanctions on various Australian products.