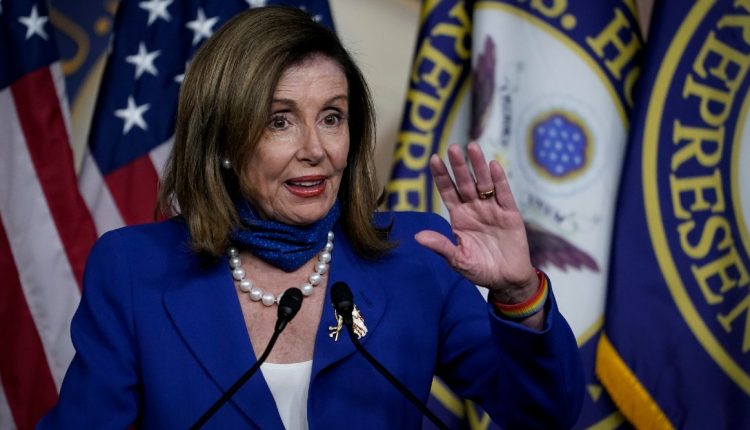 Beijing, May 19: China on Wednesday expressed strong dissatisfaction after US House Speaker Nancy Pelosi called for a “diplomatic boycott” of next year’s Beijing Winter Olympics on human rights grounds. Condemning her statement, China’s Foreign Ministry spokesperson Zhao Lijian said at a routine press conference that some US individual’s personal statements are “full of lies and fake information” and represent a typical American farce that is bound to fail, reported Global Times. Rights Groups Call for Boycott of 2022 Beijing Olympics over Uyghurs Genocide.

“Some people in the US hype themselves up as moral authority. I do not know where they got the nerve to say so,” said Zhao. The run-up to the Olympic Games, set for 2022, is being dominated by recriminations over widespread allegations of abuse of China’s Uyghur Muslims, which the US has labelled a “genocide”.

China cornered the US by stating that racism is a years old scar in the country that is still bleeding. “Racism is a 400-year-old scar in the US that is still bleeding,” Zhao said, noting that the US is not qualified to teach others about human rights while white supremacy, discrimination against African and Asian Americans continues and Islamophobia still spreads in the country. Beijing Unveils Sustainability Plan for 2022 Winter Olympic and Paralympic Games.

He added that the “politicisation of sports” goes against the spirit of the Olympic Charter and harms the interests of athletes from all countries and the international Olympic cause. This comes after Pelosi called for a “diplomatic boycott” of the Winter Olympics over the human rights violations of Uyghurs in China.

Speaking at a hearing of Congress’ Tom Lantos Human Rights Commission, Pelosi advocated for the United States to withhold any official delegation from traveling to the Games but allowing for athletes to compete in Beijing in 2022, reported The Hill.

“Let’s not honour the Chinese government by having heads of state go to China to show their support for their athletes. When they come home, let’s show them even more . respect, adulation, really, for what they have done,” she further said.

Kane Ellis, Running Two of the Most Successful Startups Side by Side | Managing Time and Making Smart Decisions