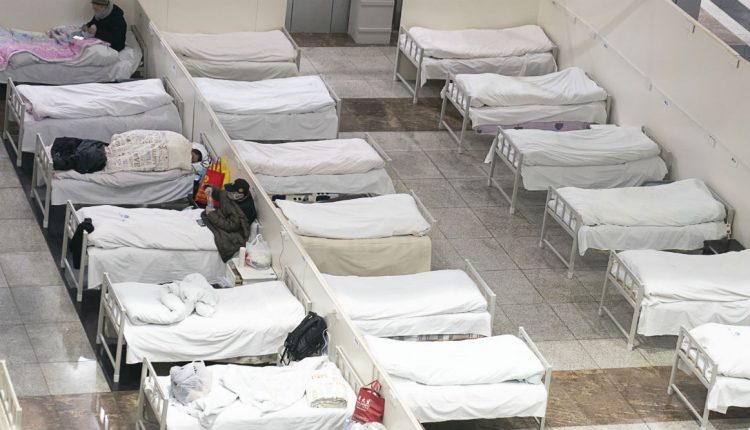 New Delhi, May 11:  Recent findings in a report in an Australian daily has yet again reinforced the call that international investigators must dig deeper to rule out whether COVID-19 is a made-in-China bioweapon.

The controversy about COVID-19 origins has resurfaced after the Weekend Australian newspaper revealed that Chinese scientists were thinking about bioweapons, visualising a Word War-3 scenario.

Released five years ahead the COVID-19 outbreak, it nails Severe Acute Respiratory Syndrome (SARS) coronaviruses as a “new era of genetic weapons” that can be “artificially manipulated into an emerging human ‘disease virus, then weaponised and unleashed in a way never seen before”.

COVID-19 is part of the SARS family of Coronaviruses. Specifically, the COVID-19 pandemic has been caused by SARS-Co V-2 –a coronavirus that emerged in December 2019. Coronaviruses are a large family of viruses, many of whom target the respiratory system of humans, causing diseases ranging from common cold to the deadly SARS.

The Chinese paper is discussed in an upcoming book titled What really happened in Wuhan by The Australian investigative writer, Sharri Markson.

Robert Potter, a cyber security specialist who analyses leaked Chinese government documents confirmed, when asked by the The Australian to do so, that the leaked document was genuine. “We reached a high confidence conclusion that it was genuine — It’s not fake but it’s up to someone else to interpret how serious it is,” website news.com.au. quoted Potter as saying.

Peter Jennings, the executive director of the Australian Strategic Policy Institute (ASPI), also told news.com.au that the document is as close to a “smoking gun” as we’ve got.

“I think this is significant because it clearly shows that Chinese scientists were thinking about military application for different strains of the coronavirus and thinking about how it could be deployed,” Jennings observed.

“It begins to firm up the possibility that what we have here is the accidental release of a pathogen for military use,” he added.

Jennings also said that the document may explain why China has been so reluctant for an outside investigation into the origins of COVID-19.

“If this was a case of transmission from a wet market it would be in China’s interest to co-operate  we’ve had the opposite of that.”

The British tabloid The Sun points out that the document lists some of China’s top public health figures among the 18 authors – including the former deputy director of China’s Bureau of Epidemic Prevention, Li Feng. Ten of the authors are scientists and weapons experts affiliated with the Air Force Medical ‘University in Xi’an. The institute was placed under the command of the PLA in 2017 by Chinese president Xi Jinping. World News | ‘Outright Lies’, Says China on Reports That It Probed Weaponising Coronaviruses in 2015

The editor-in-chief of the paper, Xu Dezhong, reported to the top leadership of the Chinese Military Commission and Ministry of Health during the SARS epidemic of 2003.

“As far as WHO is concerned, all hypotheses remain on the table e We have not yet found the source of the virus, and we must continue to follow the science and leave no stone unturned as we do,” said WHO Director-General Dr Tedros Adhanom Ghebreyesus.

Australian representative Dominic Dwyer, who went to Wuhan in January as part of the WHO investigations into the origins of COVID-19, however, pointed out that there were several grey zones that were yet to be cleared by the probe.

He was quoted as saying in February that the Wuhan wet market, which had been blamed as the source of the virus in the beginning, may not have been the original source of the outbreak.

“The market in Wuhan, in the end, was more of an amplifying event rather than necessarily a true ground zero. So, we need to look elsewhere for the viral origins,” Dwyer observed, as cited by news.com.au.

The Sun report said that he Chinese language military document, refers to “major advances in the delivery of biological agents”.

“For example, the new-found ability to freeze-dry micro-organisms has made it possible to store biological agents and aerosolise them during attacks.”

Human Rights campaigner Luke de Pulford, the co-ordinator of the Inter-Parliamentary eAlliance on China, asserts that the Chinese Communist Party needs to urgently answer serious questions. “If this piece of work is representative of the scientific thinking of those who have advised the top leadership of the Chinese Communist Party, then there are very serious questions which need urgent eanswers,” The Sun quoted him as saying.

(The above story first appeared on Scoop Buddy on May 11, 2021 05:34 PM IST. For more news and updates on politics, world, sports, entertainment and lifestyle, log on to our website scoopbuddy.com).