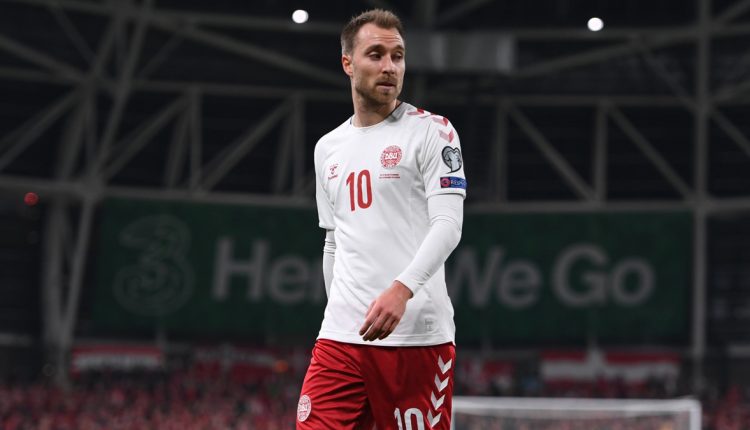 Christian Eriksen collapsed in the final moments of the first half during Denmark’s Euro 2020 opener against Finland but is now in stable condition after receiving emergency on-field medical attention. Following the incident, many believed that the footballer’s cardiac arrest was due to him receiving the COVID-19 vaccine, but Inter Milan director Giuseppe Marotta has squashed any such rumours. Christian Eriksen Health Update: Danish Footballer Sends Out First Public Message After Cardiac Arrest, Says ‘I Won’t Give Up’.

Denmark star suffered a cardiac arrest 41 minutes into the clash against Finland and had reportedly stopped breathing and needed to be resuscitated before leaving Parken Stadium on a stretcher, and was subsequently declared to be in a stable condition at a local hospital. Many believe that the midfielder’s collapse was related to the coronavirus vaccine but Eriksen’s club have dismissed any such suggestions. From Cristiano Ronaldo to Sourav Ganguly, Sports Fraternity Pray for Denmark Midfielder.

Inter Milan director Giuseppe Marotta told Rai Sport: “He [Christian Erikesen] didn’t have COVID and wasn’t vaccinated either. At this moment, Eriksen is under the guidance of the Danish medical staff. It is right that they release information, but I can say the Inter medical staff have been in contact with them from the start.”

Christian Eriksen has responded well to the treatment and is now in good condition. Denmark goalkeeper Kasper Schmeichel provided a positive update on the midfielder saying he is in high spirits. ‘It was damn nice to see him smile and laugh and be himself and just feel that he is there. It was a great experience and something that has helped me a lot,’ he told DR.

Speaking of the game, the match was initially suspended after the incident but later was played a few hours later after players from both sides agreed to continue. Finland emerged victorious, recording their first victory on the European Championship debut. Denmark next face Belgium and need a win to keep themselves in the tournament.

(The above story first appeared on Scoop Buddy on Jun 14, 2021 09:17 PM IST. For more news and updates on politics, world, sports, entertainment and lifestyle, log on to our website scoopbuddy.com).

Remembering Sushant Singh Rajput: From Kai Po Che to Dil Bechara, Ranking All The Films of the Late Bollywood Star As Per IMDb (And Where to Watch Them Online)