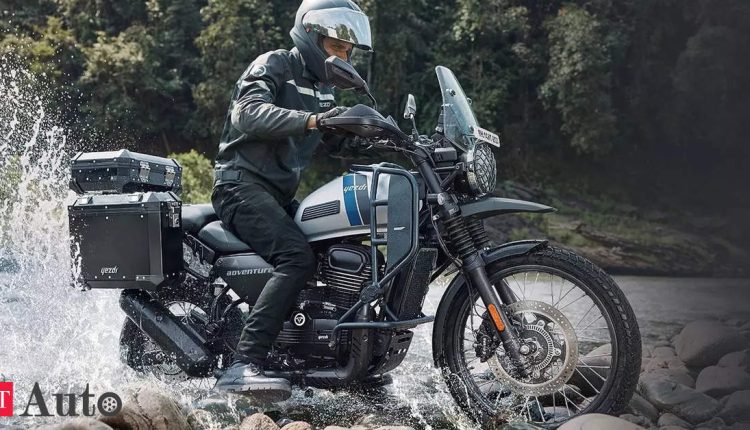 Popular during the 1970s to 1990s, Yezdi was an Indianisation of the Jawa brand which was brought to India by Farrokh K Irani and Rustom S Irani.

Classic Legends is backed by Mahindra & Mahindra with a 60% stake in the company. Anupam Thareja, founder, Classic Legends and Boman Irani, chairman and managing director, Rustomjee Group, hold the remaining 40%.

The 2022 Yezdi motorcycles are powered by a liquid-cooled, fuel injected, DOHC single cylinder engine displacing 334 cc but tuned differently to suit the persona of the motorcycle it is mounted in.

The new models will be available across Classic Legends’ dealership network, starting today. Customers can also book any of the Yezdi models at the company’s website with a booking amount of INR 5,000.

According to the company, the Yezdi Adventure comes with a host of mounting points and hooks for carrying luggage. It is powered by a liquid-cooled, fuel injected, DOHC single cylinder engine displacing 334cc. It produces max power of 30.2PS at 8000rpm & max torque of 29.9Nm at 6500rpm. Mated to a six-speed constant mesh transmission, the engine is tuned for torquay mid-range for trail riding while developing great top end power for high-speed highway cruising.

It comes with USB charging capability and Bluetooth connectivity. With its own mobile app, the system is also capable of displaying turn-by-turn navigation on the integrated TFT/LCD display.

Sporting a similar engine capacity and transmission, the yezdi Roadster delivers peak power of 29.7PS at 7300rpm & peak torque of 29Nm at 6500rpm. It features a dual cradle chassis, which is tuned to offer on road mannerisms. The motorcycle also comes equipped with dual channel ABS by Continental.

Anupam Thareja, Co-Founder, Classic Legends said, “It is not every day that you get to celebrate the comeback of an iconic motorcycle, let alone the likes of a legend like Yezdi. While its spirit lived on through its die-hard community and in the mind and hearts of every rider, the anticipation to see it take over the Indian roads again, has been unbelievable.”

“We have the legacy but now we will create our own lineage. Being a motorcyclist myself, this is a moment of catharsis. As custodians of the brand, we made sure that we preserve and celebrate Yezdi and the Yezdi rider’s essence in these new avatars,” he said.

Boman Irani, Co-Founder, Classic Legends said, “The new Yezdi motorcycles are not just motorcycles, but a way of life. They’re a medium for riders to go out there, create more memories and have unparalleled fun while doing so. It is a never ending adventure that has just gone to the next level!” Speaking on the new models,

Ashish Joshi, CEO, Classic Legends, said, “The biggest challenge for us while developing the new Yezdi motorcycle(s) was to keep the spirit intact. We also knew that the motorcycle riders have evolved over the last few decades and followed a very focussed approach. What you see now are three motorcycles ‘purpose-built’ for rider requirements across the spectrum.”

Each Yezdi model will come with its own range of accessories.

The new 250 Adventure is a travel-enduro motorcycle.

More new models will be unveiled later this month. The revealed models are arriving at the company’s authorized US dealerships from Thursday, and at dealers around the world in the coming weeks, the company said.

Why is India reluctant to include Molnupiravir in its arsenal against Covid?, Health News, ET HealthWorld