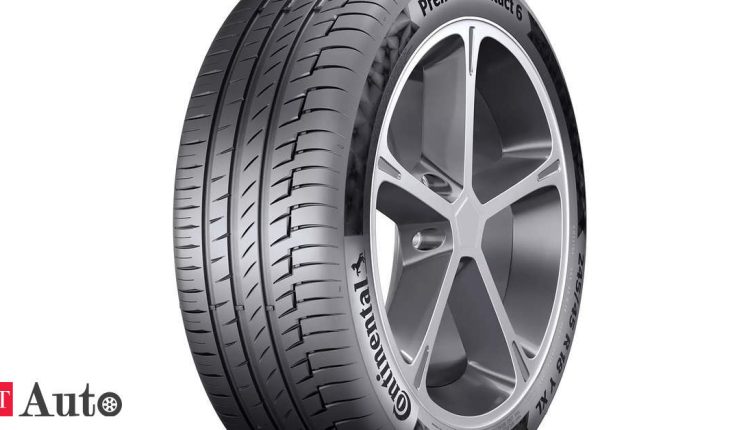 According to the media release, Kia EV6 tyres will be equipped with ContiSilent technology that will reduce the sound components of rolling noise perceived as particularly annoying in the vehicle interior by up to nine dB.

The design of the tyre ensures maximum cornering stability and lateral force transmission. The asymmetric circumferential grooves used on PremiumContact 6 contribute to highly responsive handling and excellent steering precision on both dry and wet roads, the release added.

The version of the PremiumContact 6 used on the Kia EV6 earned the top rating for wet grip (Label A) classified under the EU’s tyre labeling system, the company said. With the CrossContact RX, Continental has developed a crossover performance tyre that is characterized by its braking and handling properties also in rough terrain. Its special tread pattern provides added protection against rock and stone damage, while its sidewalls are designed for highly responsive and precise steering.

Continental’s AllSeasonContact is an all-season tyre suitable for the EV6 however when winter approaches, owners of the Kia EV6 can fit their vehicles with Continental’s WinterContact TS 850 P. The AllSeasonContact not only offers a very good grip on cold and wet or snow-covered roads but also a high degree of summer driving safety plus low rolling resistance, the release said.

Apollo Tyres has invested in CSE Deccan Solar, a subsidiary of Cleantech Solar, INR 9.3 crore for a 27.2% equity to get a guaranteed annual supply of 40 million units of electricity for its Chennai facility, the company said.

Ceat reported a loss in the December-quarter because of high input costs that it could not completely pass on to consumers. Tyre makers rely on commodities like rubber, crude and steel, which account for up to 60% of their costs. Prices of these commodities have soared as much as 40% on average compared to the same period last year, Goenka said.