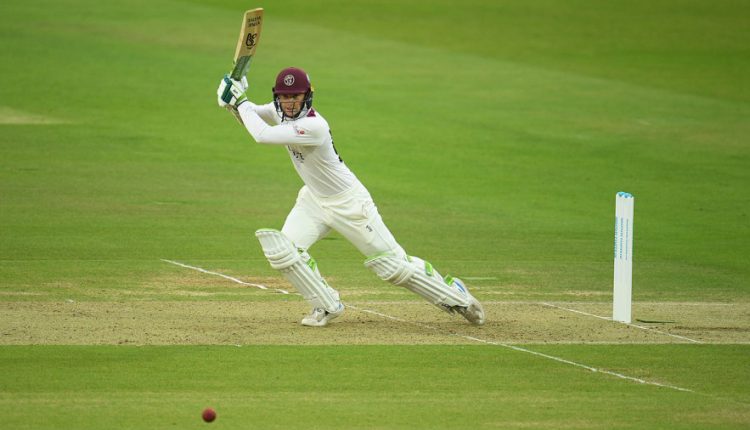 Of all the sweet sounds we shall hear this season few will be recalled more fondly in autumn than the rich applause that greeted the fall of Somerset’s first wicket at Bristol today. This will be hard on Tom Lammonby, whose incautious skitter down the pitch led to his run out for 3 off the eighth ball of the game; but it will be pleasant indeed for Ian Cockbain, whose clean pick up and accurate throw at a single stump from midwicket was a rather brilliant piece of work. It is still the applause we will remember, though, for it came from the 700 or so souls who had braved poor weather and a worse forecast in order that they could return home this evening and say, for the first time in 602 days, that they had watched some cricket on this ground.

A few people arrived early, of course. At 9.18am a man in a red anorak took up residence in the Mound Stand and at roughly the same moment a chap in a light tweed jacket on the opposite side was branding the weather “ridiculous”. A lovely couple parked their white Honda before spending the next two minutes smiling contentedly at the world. Another fellow arrived sporting a Somerset flag with the wyvern defiantly salient. But there are probably folk who would have turned up at the County Ground today if Armageddon had been 20/1 on and their homes had been washed away in God’s kerfuffle. There were even times when one felt roles had been reversed: that the spectators were performing for the players by demonstrating their loyalty, even as rain drove in from the west.

Cockbain’s run out of Lammonby cheered home supporters before some of them had settled in but the following 45 minutes’ cricket was less obviously eventful as Tom Abell and Eddie Byrom resisted a Gloucestershire attack led by David Payne and Ryan Higgins. The Somerset pair’s tenacity and patience were admirable; this was the sort of morning on which sides can lose half their side while a spectator drinks his flat white.

Byrom’s leg glance off Dan Worrall brought us our first boundary of the match but that delight was followed by a ten-minute break for bad light. During this time the umpires remained in the middle, their trousers fluttering in the breeze, much like the garments deliberately quivered by Eric Morecambe, Ernie Wise and Francis Matthews in their pastiche of 1930s detective fiction. As though momentarily in tune with that mood the clouds soon rolled by and Somerset’s batsmen marked the occasion with a trio of fours. Abell’s straight drive off Matt Taylor was the pick of them but our joys were brief. Just past noon the rain fell from squabbling clouds and before long a groundsman was grappling with a tarpaulin much as a first-year undergraduate struggles with a duvet cover.

It turned out that we had seen our last cricket of the day. There was an early lunch and an early tea. There were also several inspections but the brief dry spells and snatches of blue sky played everyone false. During the worst of the rain the spectators crouched in the stands shielded by their umbrellas or they found shelter and talked quietly of the past year or more.

Some of the people present had spent many of those long months in their houses, guarding their loved ones, waiting for better days. And now the absolute imperative to stay at home had been replaced by the gentler injunction that they must go to the cricket. Neither the rain nor a breeze lacking charity could deter them. They are among the salt of the earth

Paul Edwards is a freelance cricket writer. He has written for the Times, ESPNcricinfo, Wisden, Southport Visiter and other publications