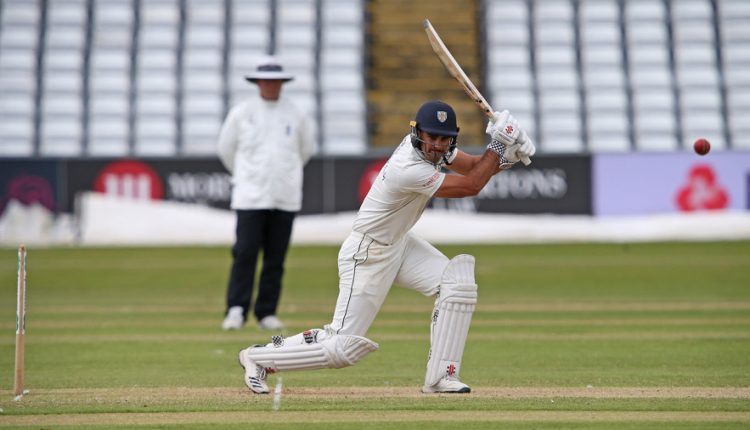 When David Bedingham was unveiled as a Durham player before the start of last season, he abandoned hopes of an international future with South Africa with the conviction that he was about to make his life in England. It left his coach at Cape Cobras, Ashwell Price, to complain: “We can’t keep pretending there is nothing wrong.”

Brexit might have changed all that, as it has for many South Africans who can no longer use county cricket as a pathway to a life in England with such certainty – Graeme van Buuren being the latest to get wrapped up in red tape. With the disqualification of Kolpak players from county cricket came the ECB’s pronouncement that they would no longer accept the ancestral visas on which Bedingham hoped to depend. The bar is higher now.

He must now make it in county cricket as an overseas player and, judging by his magnificent start to the season, he is capable of doing just that. A career-best 180 not out against Nottinghamshire at Trent Bridge in the opening round has now been followed by an unbeaten 170 against Derbyshire on his home turf – and the chance to extend that CB on the second morning. The additional pressure appears to have been the making of him.

“I was just happy to have a job,” he said. “Brexit happening didn’t help my case. Hopefully, I can justify it with more runs.”

Derbyshire will view life a little differently. As well as he played, they should have run Bedingham out with only a single to his name. When Alex Lees jabbed Sam Conners into the covers and changed his mind about a single, Bedingham was more than halfway towards him, but Fynn Hudson-Prentice, normally the most reliable of cricketers, sent a throw wildly off target when he should have been run out comfortably at the bowler’s end.

From that point on, Bedingham batted with aplomb, picking off Derbyshire’s attack with simplicity. He had a scare on 76 when he edged Luis Reece between wicketkeeper and slip, but it was a rare blemish for a player who has now overtaken Yorkshire’s Adam Lyth as the leading run-maker in the country.

This youthful Derbyshire attack is learning on the job this season – the know-how of the veterans Ravi Rampaul and Tony Palladino no longer available – but there was enough quality to suggest that Bedingham, 27 today, can prosper against better attacks and still might have an international future if he so desires.

It will be interesting to see whether the likes of Harmer, in particular, and Bedingham, now their future is as overseas players, attempt a reverse-ferret and seek out an international pathway with South Africa. Even allowing for the complexities of diversity quotas, South Africa do have a chance to reverse the drain to England that has debilitated their cricket.

There was another encouraging innings for Durham on this opening day. Jack Burnham has had a thin time since he returned for the 2019 season after a year-long ban for three failed drugs tests in a single season. He had not made a half-century in any format since his 86 against Leicestershire in August 2019, although he batted with resolve in a losing cause against the champions, Essex, last week.

And while Burnham was not as accomplished as Bedingham – he can look fidgety at the crease – it is probably a while since he has hit a shot with such authority as when he deposited Matt Critchley’s legspin over midwicket in to the north-west stand. Regrettably for him, he was soon afflicted by a back spasm.

Critchley’s legspin had an unrewarding day after his eight wickets in the match against Worcestershire last week – the most expensive of the Derbyshire attack, he was picked off at will – but he did console himself with Burnham’s wicket, drawing him down the pitch for a catch at the wicket that could just as easily have been a stumping.

Perhaps Derbyshire will not be the only county to come to The Riverside this season and conclude that things have changed. The entire square has been relaid – pools of water tended to congregate in the old one like in a soggy tarpaulin, and the pitches for the Blast were hardly conducive to good entertainment, so the need to upgrade was a pressing one. Blue skies helped give Durham the confidence to bat and it was a wise choice. Until the square beds in, there could be a lot of sedate surfaces like this one and scores could rise as a result.

Conners did pilfer a couple of new-ball wickets before the batsmen took control. Will Young’s unrewarding start to the season continued when he fell to a full-length outswinger, Scott Borthwick got a first-baller in his first Riverside innings since his return as captain – lbw to a ball that came back – and Conners, who also had Lees dropped at second slip, cartwheeled Lees’ off stump in his second spell.

Conners is the pick of this young Derbyshire attack, a work in progress, but a work progressing along strong lines. He has won praise in the past from Jimmy Anderson and at times he might also be a lookalike: one photo of him celebrating a wicket last week might have been of Anderson’s younger twin.

There was also a debut for George Scrimshaw, a lanky seam bowler who hails from Burton-on-Trent. Scrimshaw still awaits his first wicket, but he has already been honoured by his first mention from Derbyshire’s statistician David Griffin. While some of you might have settled for reflecting that George Scrimshaw was a Derbyshire-sounding name, Griffin revealed that George was the third most common Christian name for Derbyshire players, there had not been one since 1967 and even he was known by his middle name, Bob (Bob Stephenson, since you asked).

“It is just the way my head works,” he said.

FAUG Team Deathmatch Beta to release on June 21: Everything you need to know