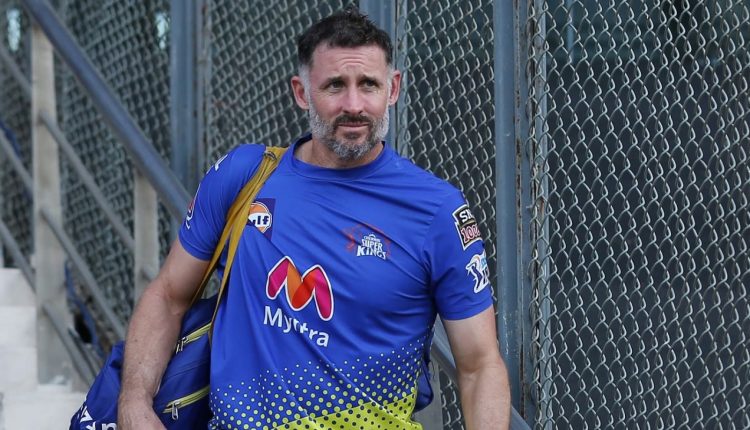 Covid-19 at IPL 2021 – Michael Hussey, and rest of Australia contingent in Maldives, set to fly home

While Hussey flies commercial via Doha, the group waiting in the Maldives will take a BCCI charter flight

Michael Hussey will be home from India early on Monday morning, about the same time as the 38 Australian players, coaches and media land on their return from the Maldives.

Following a series of Covid-19 positive tests, Hussey was unable to join the Maldives group after the postponement of the IPL but returned a negative test on Thursday night India time. He has now been cleared to return to Australian soil on a commercial flight via Doha.

The larger Maldives contingent, including the likes of Pat Cummins, David Warner, Steven Smith and Michael Slater, will travel home to hotel quarantine in Sydney, on a BCCI charter flight that will also stopover in Perth once it reaches Australian airspace.

The return of the cricketers, coaches and media have been secured over the incoming arrival caps put in place for overseas travellers to Australia, following negotiations between Cricket Australia, the Australian Cricketers Association, and state and federal governments.

“The public will see our best Australian cricketers as almost superheroes. They’re brilliant athletes, great cricketers but they’re human beings [too],” Todd Greenberg, the ACA chief executive had said on May 5. “Some of them are fathers and husbands, and they’re under enormous amounts of stress. Some deal with it differently. This will probably be an experience they will never forget. We will help them when they come home. Some will cope with it really well, others will need support and counselling and that’s what we’ll do.

“The last 12 months around the globe, we’ve seen all professional athletes travel differently and charter flights maybe two years ago would have seen a different type of commentary than what we would see today. The reality is we’re going to try to keep them as safe as possible and if that’s available, I don’t think we should shy away from that.

“The world is literally changing before our eyes, particularly with Covid and on that side of the world, obviously those cases are going up exponentially. We’re enjoying our freedoms here in Australia. It is a very different place over there. If anything it sends a message to players about making sure you do your homework before making any decisions.”

A federal government pause on the return of Australians from India concluded on Saturday, with a series of repatriation flights for the first portion of some 9000 citizens beginning over the weekend.